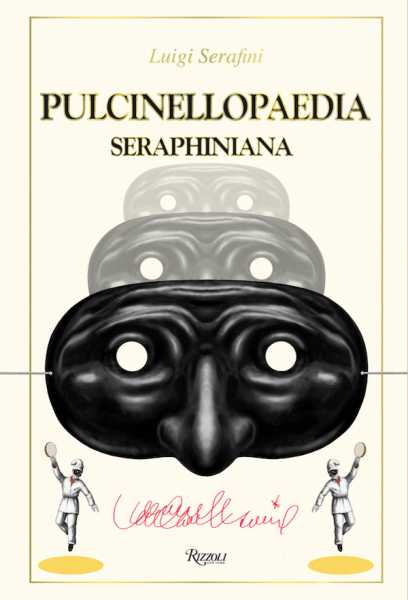 
: , .
Reprint.
35cm x 24cm. 112 pages, colour illustrations. Illustrated cloth.
From the mind behind Codex Seraphinianus comes this beautifully illustrated tribute to the famed Neapolitan character Pulcinella (or “Punch,” as he is referred to in English). Conceived as a musical suite, it is divided into nine scenes with an intermission, and plumbs the depths of this surreal and globally recognised character whose origins have been lost in the mists of the time. With over one-hundred extraordinary graphite illustrations with scarlet accents, Pulcinellopaedia Seraphiniana traces Punch back to the Atellanae Fabulae, popular farces in ancient Rome, and then to the early seventeenth-century, when the character assumed the name and costume we all know.
. New Book.