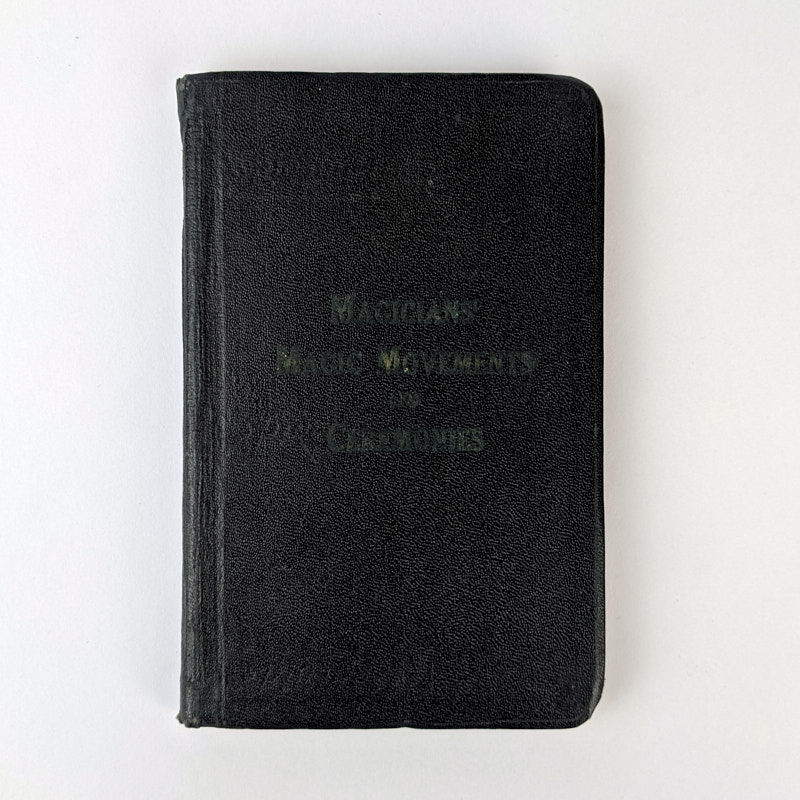 35 Magicians’ Magic Movements and Ceremonies: According to the Latest Formulas, 1925


: , .
Second Edition.
15cm x 10cm. 195 pages. Leather wrappers, worn lettering.
A Freemason ritual cipher book to assist ceremonial participants to remember their cues. Not actually used during ceremony, books of this nature are the rehearsal script. Printed entirely in cipher so as to stay true to the vow of not sharing fraternal secrets, despite this precaution, such books were still condemned by some members, though praised by others who welcomed the assistance. Scarce 1925 edition, unrecorded in OCLC. Aside from the title and copyright page, entirely in cipher, no introductory text as in the 1915 edition, pp. title, copyright, 5-195, as though lacking a preliminary leaf although other copies identified as having identical pagination.
Lettering on upper panel worn. Some pencil annotations to the final two chapters. Very Good Condition.