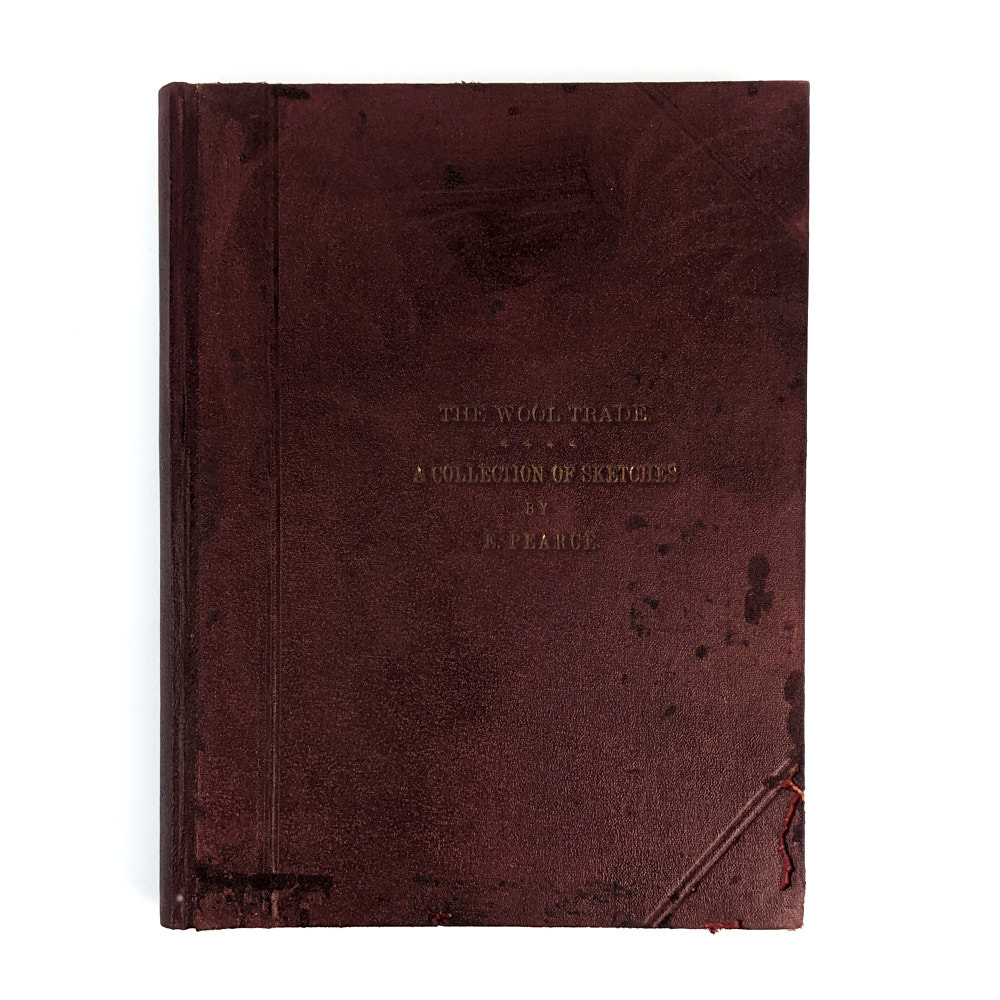 A Collection of Sketches: The Wool Trade


: , .
First Edition.
25cm x 19cm. [ii] pages, [110] plates. Cloth, gilt lettering.
Cartoon portraits of buyers and others connected with the Australian wool industry, mostly from Brisbane, Sydney, and Melbourne, though also featuring a bevy of English characters. ANB 34155 dates [191-?], though a Barcaldine newspaper, The Western Champion Saturday Morning, March 22, 1924, ran a short story on the publication’s issue: “An event of some local interest has been the issue during the week of a collection of sketches by an old and very popular member of the wool trade, Mr. E- Pearce. The book consists of about 100 cartoons of people prominent in the wool trade. Mr. Pearce, whose skill as a cartoonist had hitherto been known only to a select circle of friends, has been prevailed on to publish in book form a series of sketches which had previously only a private circulation amongst friends. As a combination of technical skill and delightful humor the publication is unique.”
Rebacked. Mottling to cloth with some worming to the upper board.. Good Condition.