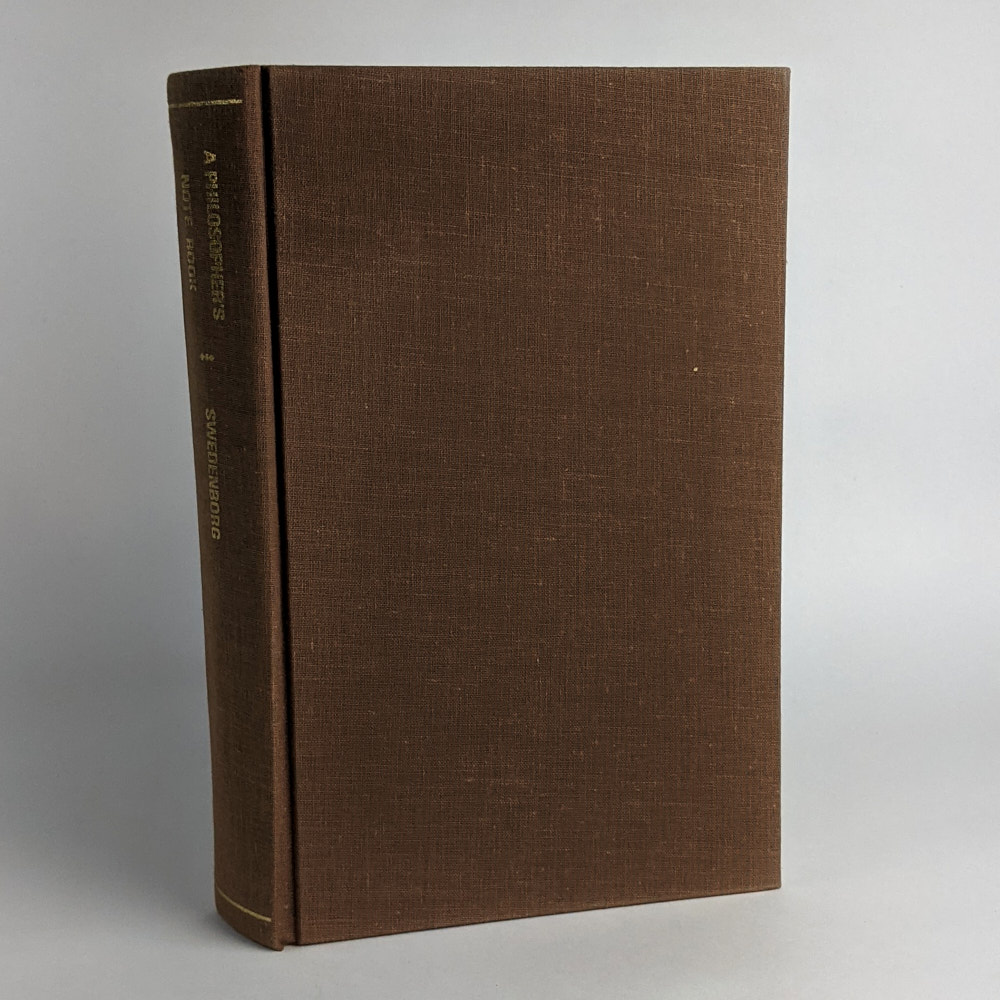 A Philosopher’s Note Book: Excerpts from Philosophical Writers and from the Sacred Scriptures on a Variety of Philosophical Subjects; Together With Some Reflections, and Sundry Notes and Memoranda


: , .
Reprint.
22cm x 14cm. xxiii, 548 pages, black and white illustrations. Brown cloth, gilt lettering, no jacket.
Translated from the Latin and Edited by Alfred Acton. Emanuel Swedenborg (1688 – 1772) was a Swedish mystic, theologian, philosopher, and scientist. After a successful career as a scientist and inventor, at the age of 53 he had a revelation that Jesus had chosen him to write ‘The Heavenly Doctrine’ to reform Christianity. He published 18 theological works before his death which he predicted. His writings have been very influential around the world, with The New Church or Swedenborgism being founded in 1787. It is still present around Australia.
Price sticker ghost to lower board. Foxing to top edge, minor to other edges, endpapers, and first and last few pages. Bookseller’s sticker, The Swedenborg Centre, North Ryde. Very Good Condition.