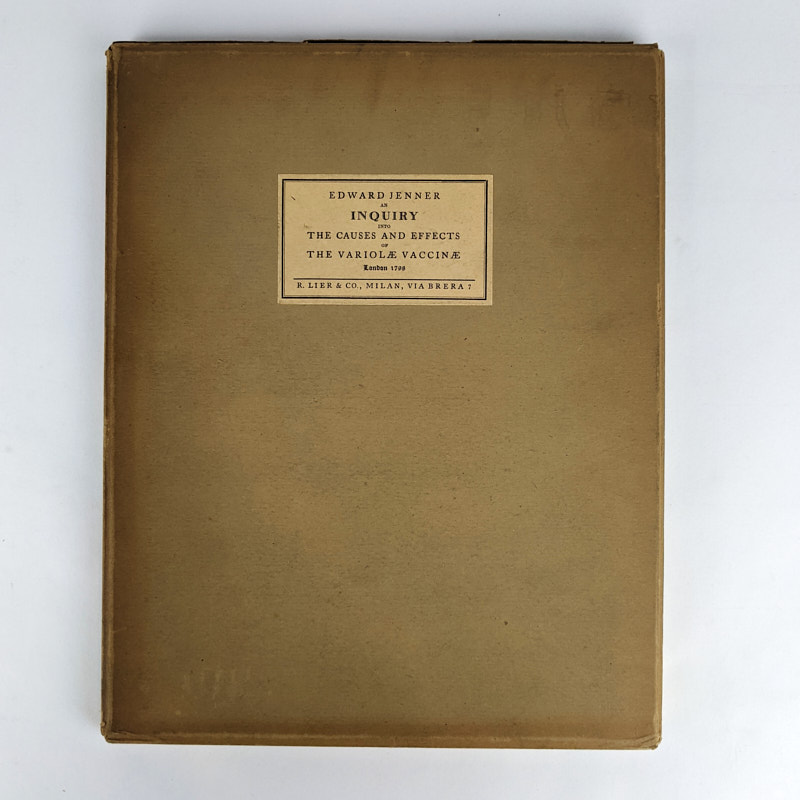 An Inquiry into the Causes and Effects of the Variolae Vaccinae, a Disease Discovered in some of the Western Countries of England, Particularly Gloucestershire, and Known by the Name of The Cow Pox


: , .
Facsimile Edition.
27cm x 22cm. [ii], iv, 75, [1] pages, 4 colour plates. Green cloth, paper labels, box.
A 1923 facsimile of the 1798 first edition of one of the seminal works of medicine, Edward Jenner’s pioneering work on the creation of the smallpox vaccine, the world’s first vaccine. Published on the centenary of Jenner’s death in an edition limited to 500 copies. A colour plate of a statue of Dr. Jenner inoculating his own son laid in.
Box is in Very Good Condition with minor handling wear and moderate tanning. Previous owner’s inscription and very minor foxing to front endpaper. Near Fine Condition.