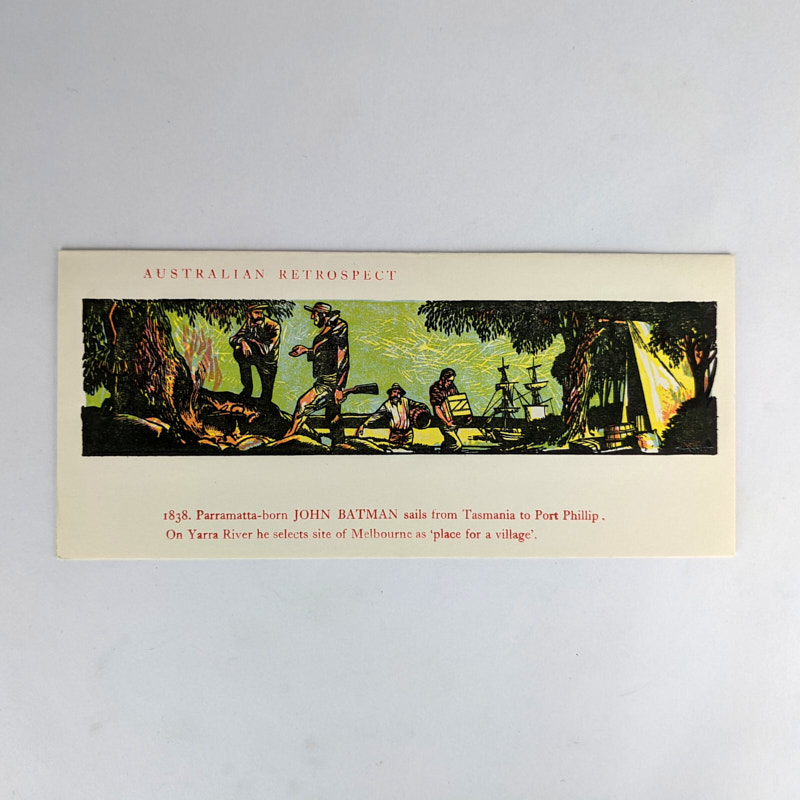 
: , .
.
10cm x 22cm. Greeting card. Multi-block coloured wood engraving.
One in a series of wood engraved Christmas cards produced by Kenneth Wallace-Crabbe at his Melbourne studio in the 1960s/early 1970s under the heading of Australian Retrospect. This card depicts John Batman setting up camp at what would become Melbourne. The caption reads: “1838. Parramatta-born JOHN BATMAN sails from Tasmania to Port Phillip. On Yarra River he selects site of Melbourne as ‘place for a village’.” The interior contains a short printed Christmas greeting and his studio details printed on the verso.
. Fine Condition.