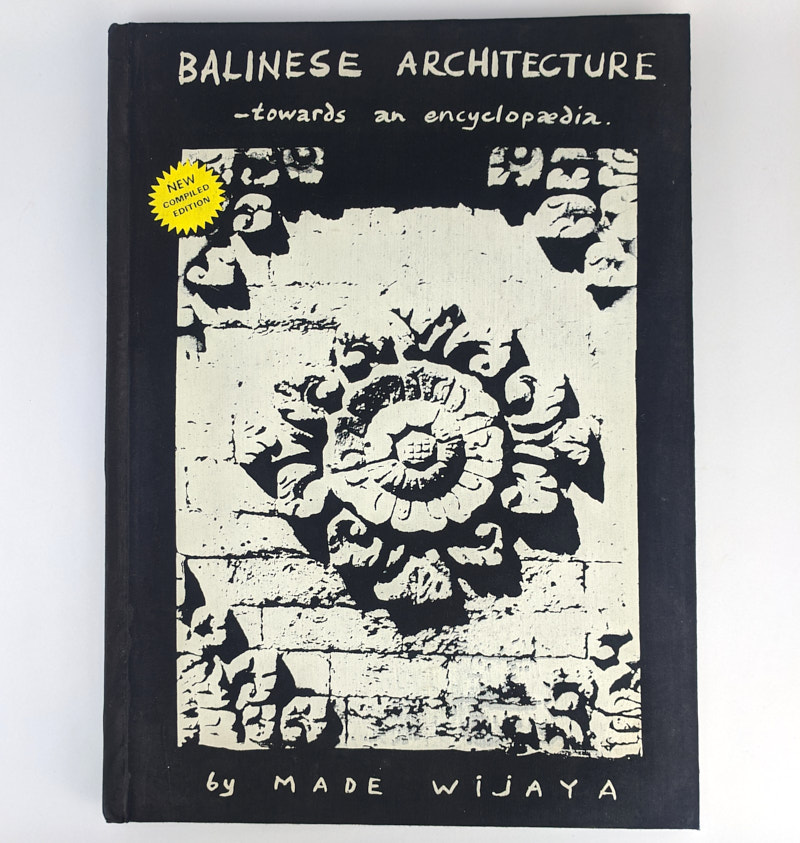 Balinese Architecture: Towards an Encyclopaedia


: , .
New Compiled Edition.
42cm x 30cm. [vii], 351 pages, illustrations, a few colour. Black cloth, white lettering and illustration.
Photocopied pages (as issued) with some colour prints pasted in. New compiled edition number 5J/50. The book grew out of a report by students of the University of Sydney during a holiday design programme in Bali to which Wijaya was the tutor. “Most of the photographers were taken over the six months April – October, 1984. The selection is comprehensive in that it covers the full spectrum of Balinese Architecture — mountain to coastal, north to south, palatial to makeshift..” (from preface) Made Wijaya (born in Sydney as Michael White, 1953-2016) was a landscape architect who left Sydney for Bali as a break from architectural studies at University of Sydney and stayed, immersing himself in the Balinese culture, consorting with royalty, and in 1975 was renamed Made Wijaya by a priest in a Hindu temple ceremony.
Minor general wear. Very Good Condition.