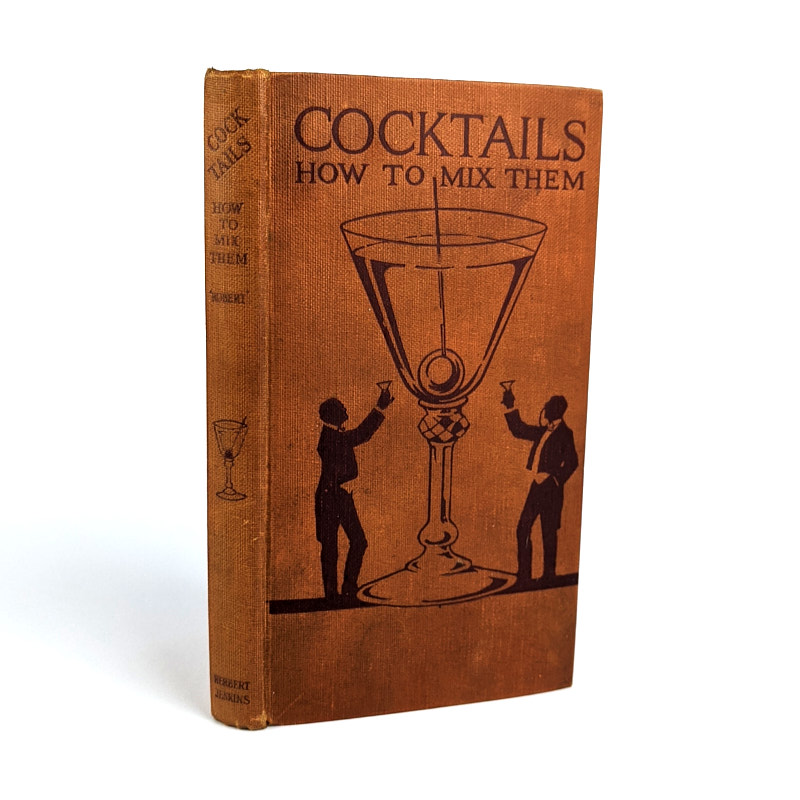 Cocktails: How to Mix Them


: , .
First Edition.
16.5cm x 9.5cm. 112 pages, [16] pages. Illustrated cloth, no jacket.
The first printing of one of the classic 20th century cocktail books by one of London’s leading bartenders of the 1920s. Credited on the title page to Robert of The Embassy Club, Belgian Robert Vermeire (1891-1976) worked a number of London’s most prestigious establishments. Containing 16 pages of illustrated advertisements at the rear, the first of which being Vermiere offering his services to would be professional bartenders, hoteliers, and amateur mixers as a consultant by appointment at his London office at “moderate terms”, though right on the publication of this book he returned to Belgium and opened his own bar, Robert’s. The beverages in Cocktails: How to Mix Them, being not only cocktails, but also cobblers, coolers, crustas, egg nogs, fizzes, flips, frappes, highballs, juleps, pousse cafes, punches, rickeys, sangarees, slings, smashes, sours, toddies, and even a short section of useful medicinal prescriptions, have stood the test of time, with countless reprints and facsimiles. Vermeire provides nuanced insight into the ritzy drinking culture of the day, not only outlining ingredients and methods, but also touching on the origins of the drinks, stating the creator where known, and outlining what drinks were well known and well received where and by whom.
Previous owner’s initials to front free endpaper and initials and name to title page. Very minor chip to top edge of page 7/8. Very Good Condition.