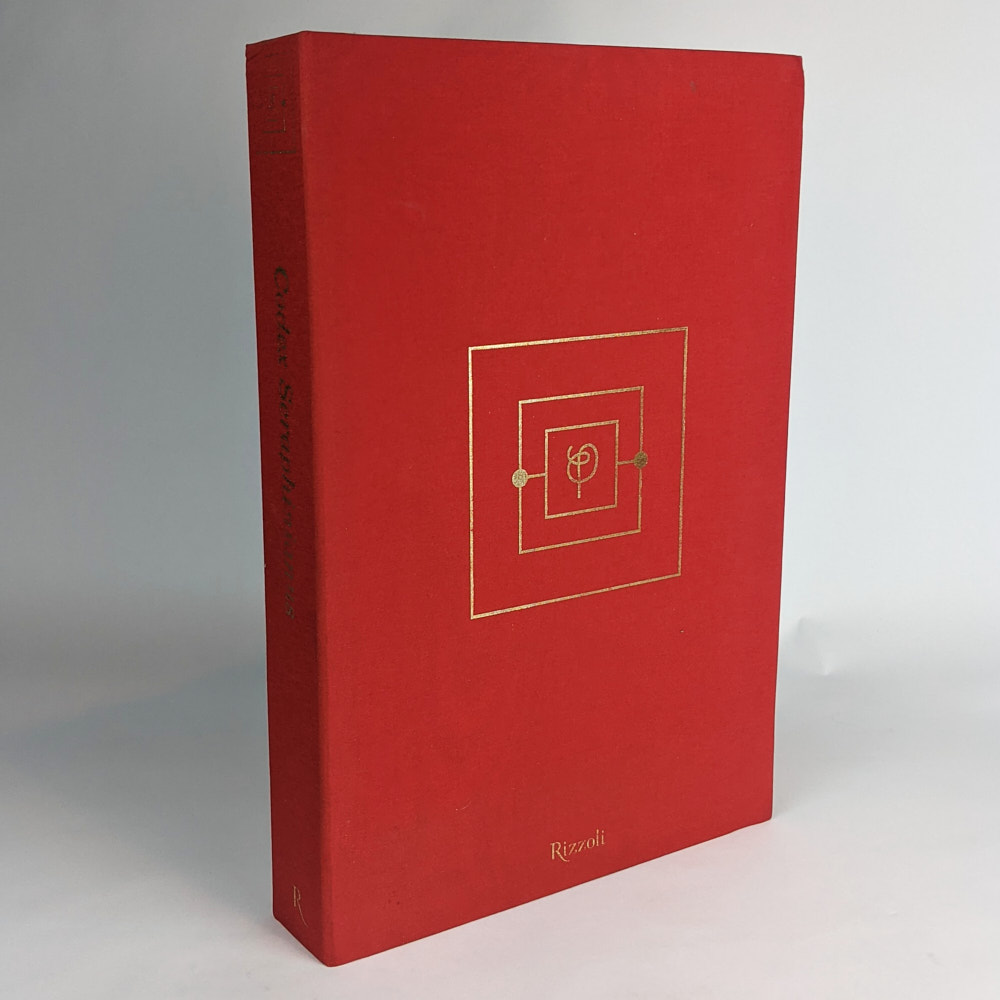 
: , .
2013 Deluxe Edition. Signed by Author
35cm x 24cm. [416] pages, colour illustrations, 1 colour print. Illustrated cloth, gilt lettering, clamshell folder.
The deluxe 2013 edition of the ever mysterious Codex Seraphinianus by Italian artist Luigi Serafini (1949-). Possibly an illustrated encyclopaedia of an alternate universe, Serafini has alluded that it is perhaps all just the thoughts of a cat passed through his hand. The Codex is written in an imaginary language and illustrated phantasmagorically throughout. This being the deluxe 2013 edition, being the second Rizzoli edition, expanding on their 2006 edition. The deluxe edition was published in an edition of 600 copies, of which this is number 70, signed and numbered by Serafini on a plate mounted to the colophon and includes the Decodex in the rear pocket, as well as a signed and numbered print, housed in a clamshell folder. This copy also with a copy of the standard edition of the only published volume of literary criticism in English on the Codex Seraphinianus, Confronting Serafini by Jordan Hunter (2017). Confronting Serafini is a 36 page saddle-stitched booklet bound with a treated page from the 2013 Rizzoli edition of the Codex, numbered 39 in an edition of 60.
Print is in Fine Condition. A couple of very minor spots to cloth on the upper joint. Very minor bumping to corners of clamshell. Near Fine Condition.