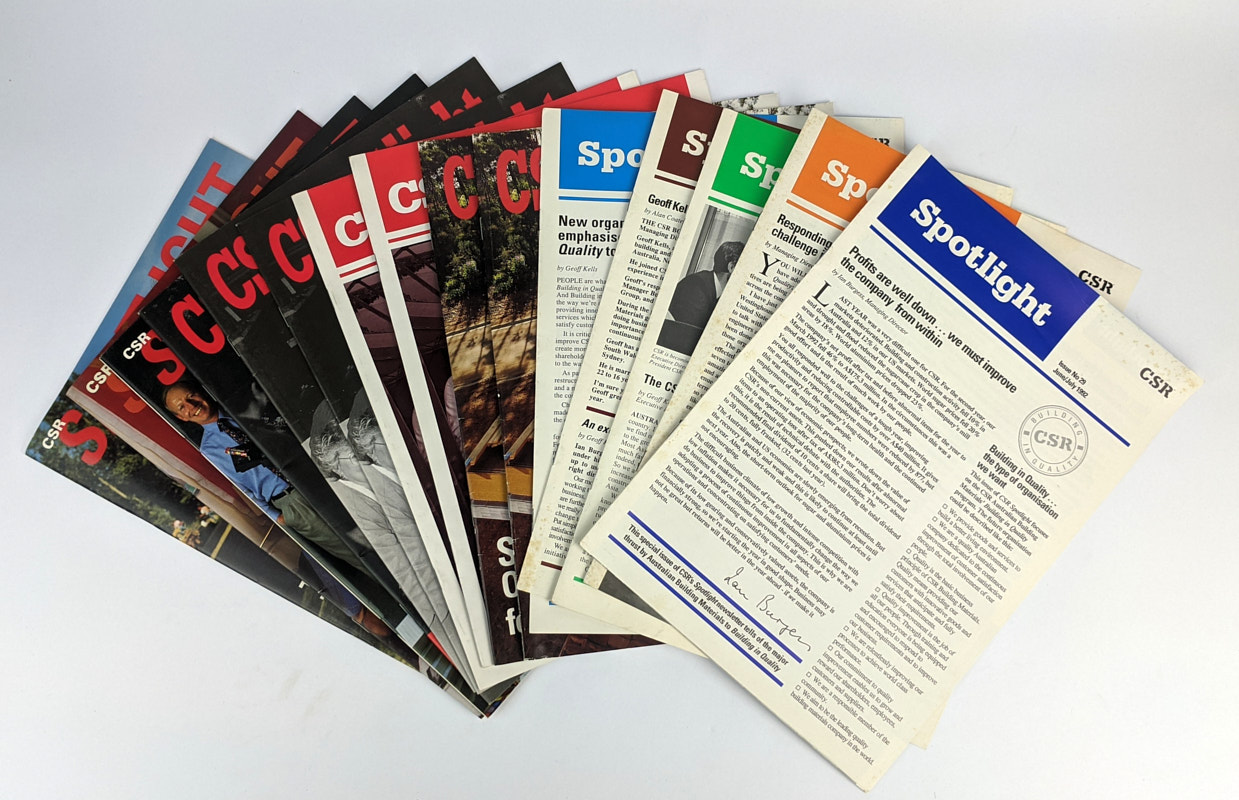 
: , .
First Edition.
30cm x 21cm. 15 volumes. Saddle-stapled self-wrappers.
A small sequential run from number 29, June/July, 1992 to number 40, 3/1994, with duplicates of numbers 34-36, of the internal newsletter of Australian sugar and industrial company, CSR. CSR was founded in 1855 and from the late 19th century held a virtual monopoly on Queensland and Fiji sugar production for a century. Spotlight was a smaller form internal newsletter which replaced the News Letter in the late 1980s. Less broad, this bi-monthly internal publication reads more like a magazine with feature stories highlighting company developments. Each number illustrated throughout.
Most numbers in Fine to Near Fine Condition with only minor shelf and handling wear. A few numbers with some foxing to edges of exterior panels. Very Good Condition.