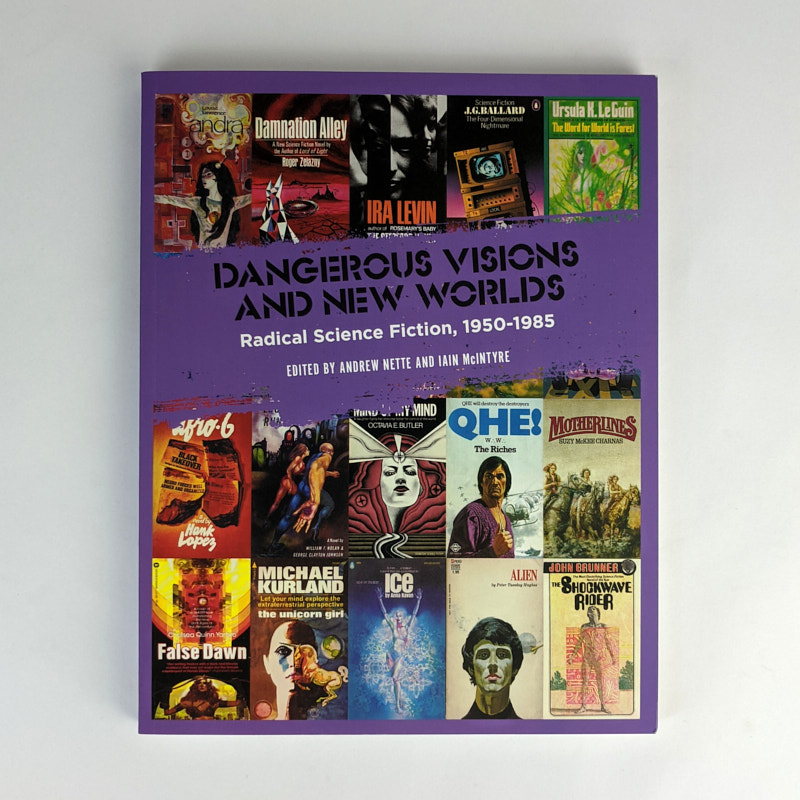 
: , .
First Edition.
26cm x 20.5cm. [vi], 216, [2] pages, colour illustrations. Illustrated wrappers.
“Much has been written about the long Sixties, the era of the late 1950s through the early 1970s. It was a period of major social change, most graphically illustrated by the emergence of liberatory and resistance movements focused on inequalities of class, race, gender, sexuality, and beyond, whose challenge represented a major shock to the political and social status quo. With its focus on speculation, alternate worlds and the future, science fiction became an ideal vessel for this upsurge of radical protest. Dangerous Visions and New Worlds: Radical Science Fiction, 1950 to 1985 details, celebrates, and evaluates how science fiction novels and authors depicted, interacted with, and were inspired by these cultural and political movements in America and Great Britain.” (publisher’s blurb) This copy signed by editor, Andrew Nette.
. Fine Condition.