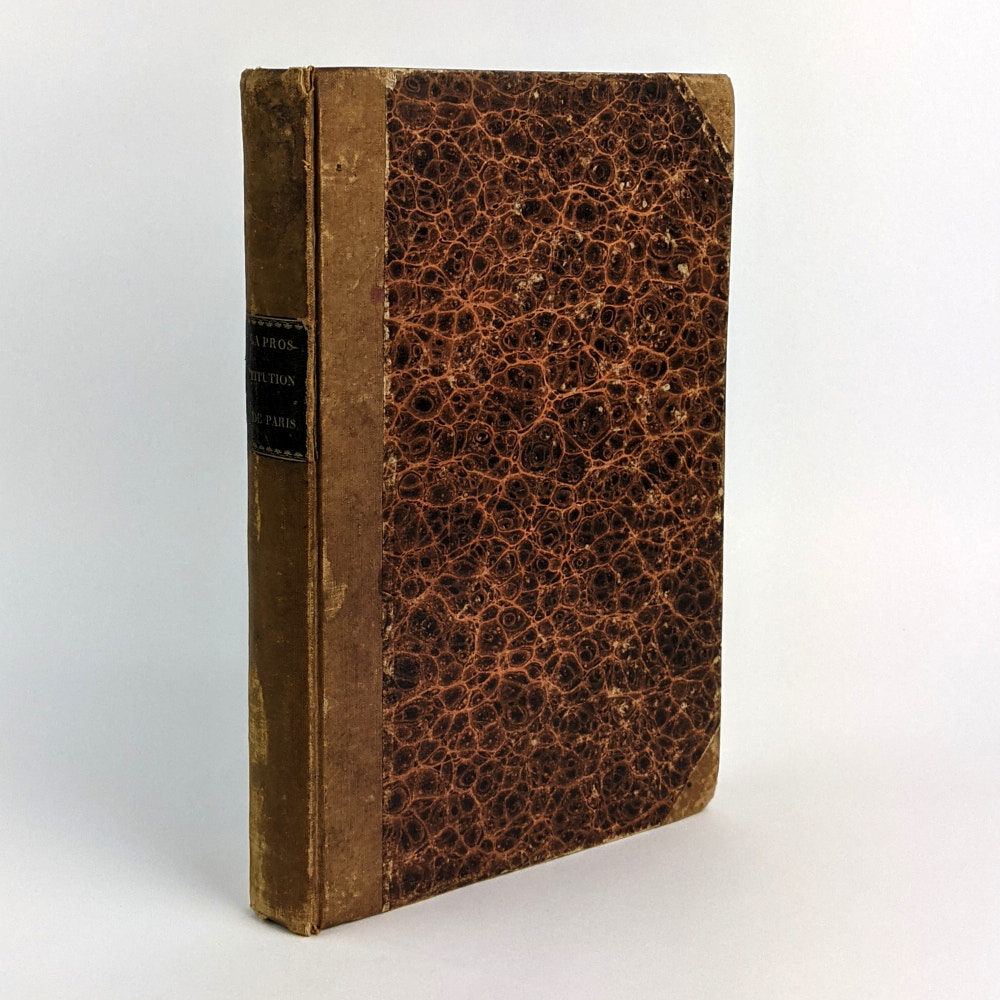 
: , .
Second Edition.
25cm x 17.5cm. xvi, 392 pages, 2 folding maps, 1 folding table. Half cloth, marbled papered boards. Text is in French.
Consideree sous le rapport de l’hygiene publique, de la morale et de l’administration. ‘Of Prostitution in the City of Paris’, “considered from the point of view of public hygiene, morals, and administration; supported by statistical documents drawn from the archives of the police, with maps and tables.” Authored by French physician Alexandre Parent-Duchatelet (1790-1836), an eminent hygienist who wrote numerous works on public health. This text, published post-humously, became his most famous and is regarded as a medical classic; a major work on the history of prostitution and one of the first empirical sociological surveys based upon nearly 8 eight years of research digging through police archives and conducting field interviews and surveys. The first edition published in 2 volumes in 1836 is considered one of the first work’s of modern sex research. This is the Second Edition to which is added an essay on his life and work by Fr. Leuret.
Minor rubbing, chipping, and bumping to board corners. Small closed tear at crown of lower joint. Mottling to cloth. Minor to moderate foxing to interior. Minor staining to the top left of the second map, and very minor to the table. Bookseller label of Schletter’sche Buchldg., Breslau (Wroclaw, Poland). Good Condition.