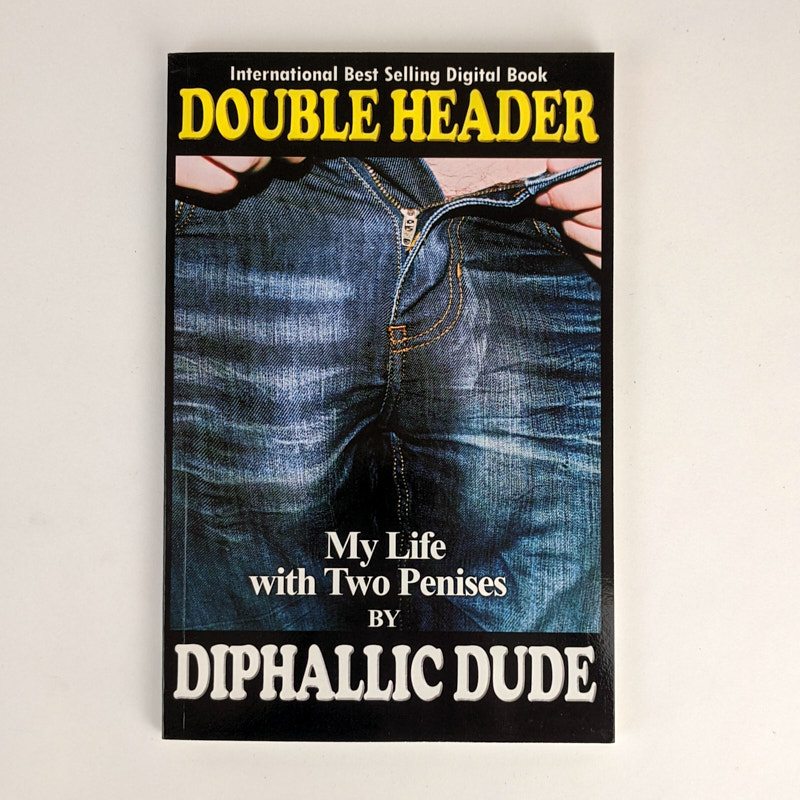 
: , .
Reprint.
21.5cm x 14cm. vi, 99 pages. Pictorial wrappers.
“He was featured on the front pages of RollingStone[com], Jezebel[com] and was covered by The Huffington Post. Both Conan O’Brien and Jay Leno featured him in their opening monologues. Countless news agencies around the world broke the story when he went on Reddit and did an Ask Me Anything (AMA). Ranking as the 4th most popular Reddit AMA of all time (beating out the likes of Peter Dinklage, Bill Murray, Arnold Schwarzenegger and Harrison Ford), DoubleDickDude spent 48 hours discussing his life with a genetic condition known as diphallia. Only 1 in 5.5 million males worldwide are born with two penises. However very few (if any) are born with two working, and by all accounts, attractive penises. After having managed to stay under the radar for over 20 years DoubleDickDude (or DDD for short) amassed thousands of followers on Twitter and Tumblr in a matter of hours. In fact Twitter (temporarily) suspended his account for replying to his followers too many times! For the past year he has taken to writing a more lengthy and detailed account of his life so far.” (publisher’s blurb)
. Fine Condition.