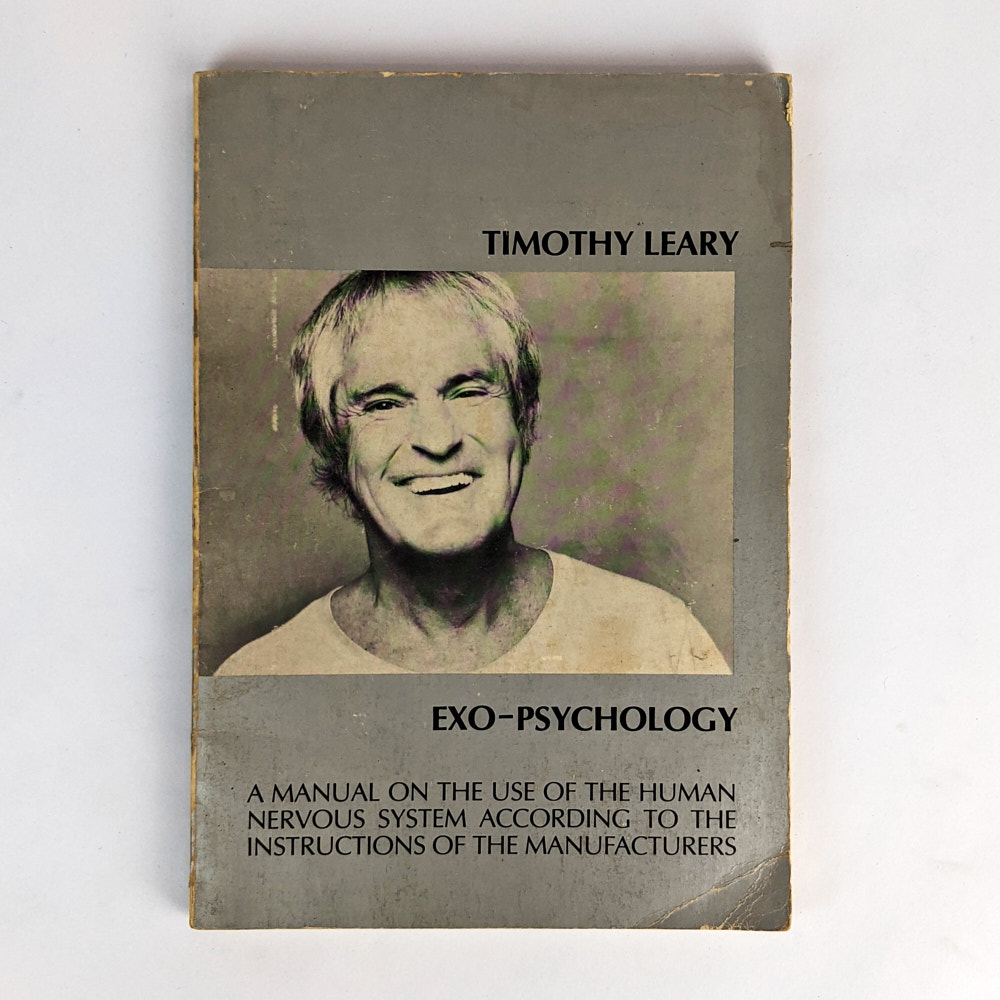 
: , .
Third Printing.
25.5cm x 17.5cm. [xv], 133 pages, black and white illustrations. Pictorial wrappers.
A Manual on the Use of the Human Nervous System According to the Instructions of the Manufacturers. “This treatise, written while the author was confirmed for more than three years in various federal prisons, was published shortly after his release. It deals with “the evolution of the nervous system in its larval and post-terrestrial phases.” DNA is the intelligence that directs the evolutionary process through eight “circuits” and twenty-four “stages”, subdivided into receptive, integrative, and transmittive modes. .. Exo-Psychology is a more detailed account of the ideas first presented in Neurologic.” (An Annotated Bibliography of Timothy Leary, A19c)
Rubbing and creasing to wrappers. Foxing. Previous owner’s name. Good Condition.