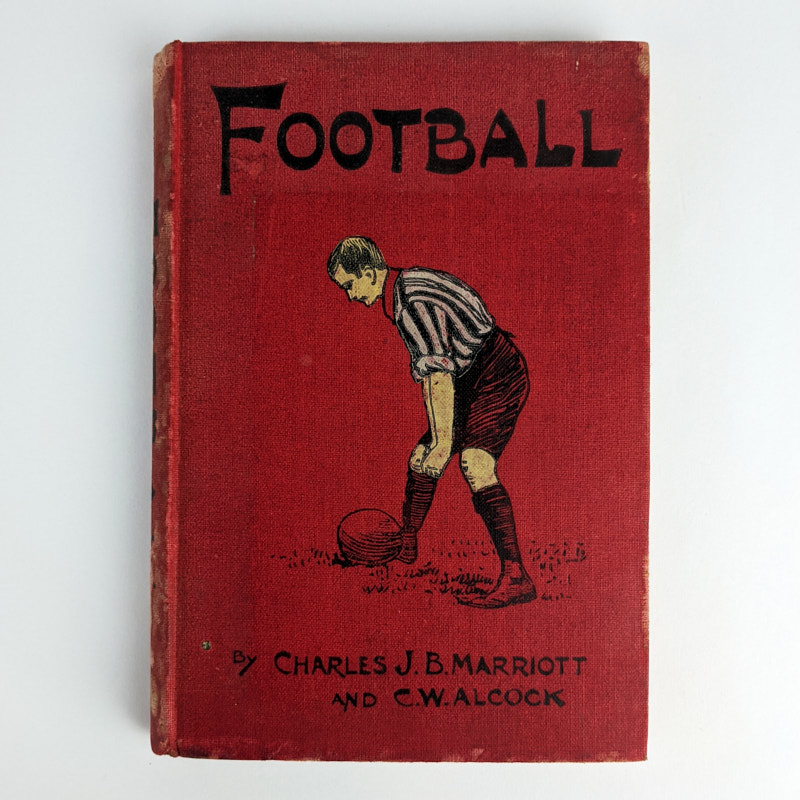 
: , .
Revised Second Edition.
19cm x 13cm. [viii], 127 pages, 3 plates. Red illustrated cloth, black lettering.
Short histories of the sports, together with descriptions of play, positions, rules, and regulations. One in The “Oval” series of Games edited by C. W. Alcock, being The Rugby Union Game by Marriott, together with The Association Game by Alcock. Scarce, 3 copies in OCLC.
Cocked. Mottling to edges of upper board, spine, and lower board. Tanning to endpapers. Very minor foxing. Interior is clean and bright. Good Condition.