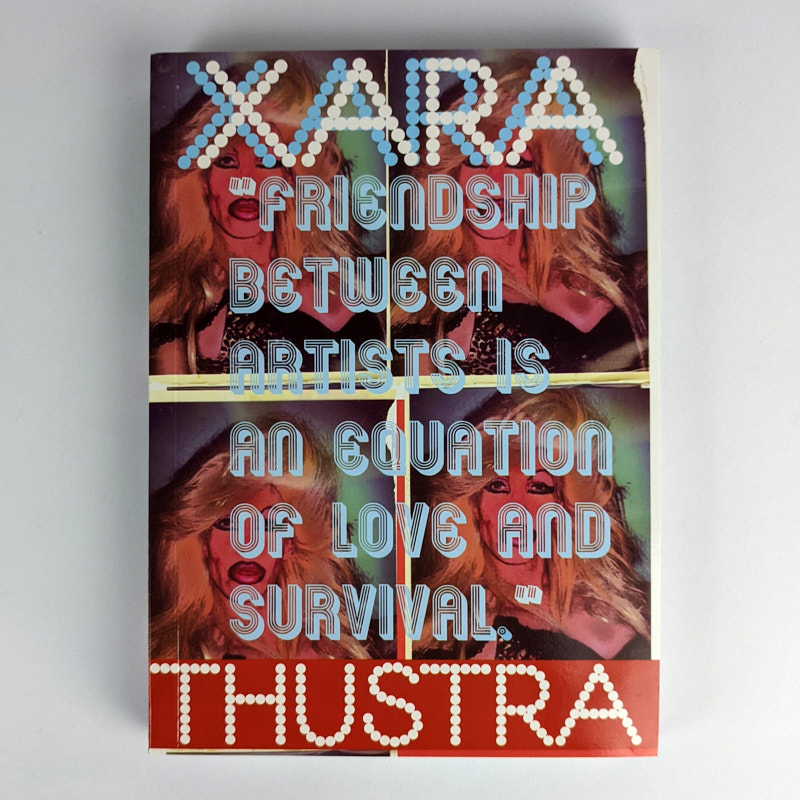 Friendship Between Artists Is An Equation Of Love And Survival


: , .
First Edition.
20cm x 14.5cm. 496 pages, colour illustrations. Illustrated wrappers.
Artist’s book. “Since the late 1990s, Xara Thustra’s art has been inseparable from resistance and community in San Francisco, providing many of the signature visual images of the anti-displacement and anti-war struggles of the era. His work first appeared as graffiti in the streets of the city during the height of the first dot-com boom and soon grew to include artistic collaboration with and in support of neighborhood organizations, like the Mission Anti-Displacement Coalition and the Coalition on Homelessness. As his work evolved over time from agitprop street art into elaborate performance and filmmaking, Xara has collaborated with countless others on many now-legendary art events like the Anti-Capitalist Fashion Show, the 949 Market Squat, and the band Manhater, while contributing stunning murals to Clarion Alley Mural Project and the Mission Neighborhood Health Center (with Kyle Ranson). Xara appeared in the 2002 Bay Area Now show at Yerba Buena Center for the Arts, but has since resisted overtures from the art world, and preferred to instead make work in spaces like Adobe Books, Needles and Pens, and, still, in the streets.” (publisher’s blurb)
. Fine Condition.