From Beyond, Beyond the Wall of Sleep & Dagon

“Three tales of suspense from Howard Phillips Lovecraft. From Beyond (1920) originally appeared in the pages of The Fantastic Fan and details the depravities of Crawford Tillinghast. Beyond the Wall of Sleep (1919) recounts the strange case of the criminally insane Joe Slater and an unnamed intern in a mental asylum who finds a way to breach the wall between sleep and reality. Dagon (1917) is one of Lovecrafts earliest stories, appearing in The Vagrant in 1919 and again in Weird Tales. In it, there is foreshadowing of the themes he would later use in the stories comprising his Cthulu mythos.” (publisher’s blurb) 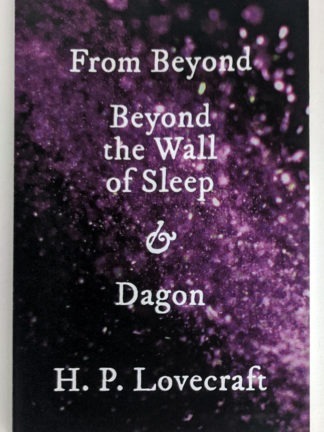 You're viewing: From Beyond, Beyond the Wall of Sleep & Dagon $10.00 AUD
Add to cart