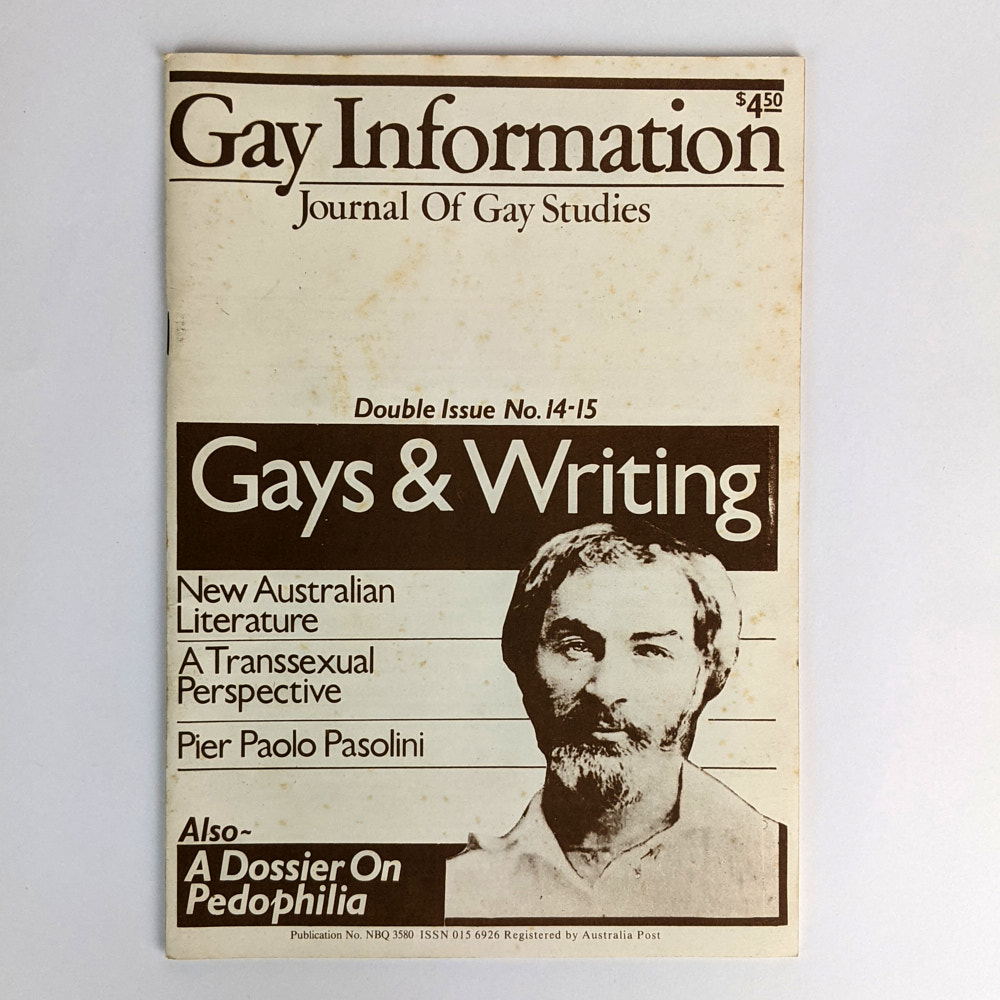 
: , .
First Edition.
25cm x 18cm. 80 pages. Pictorial saddle-stapled self-wrappers.
Australian gay theoretical and political journal which “played a major role in providing the intellectual shift from gay liberation movement to gay community politics”. Inside this issue: Ian MacNeill on the opposition a creative writer must face in Australia; Pasolini; Gary Simes on the ways of the homosexual imagination in poetry; a transexual looks at the use of gender-reversal and cross-dressing in fiction; images of gays in Australian writing and films of the 1930s; gay teenager tell of coming out; Male Love by early gay advocate J. A. Symonds; A dossier on pedophilia on the 1983 charges of the Pedophile Support Group in Victoria.
Minor shelf wear. Foxing to wrappers and edges. Very Good Condition.