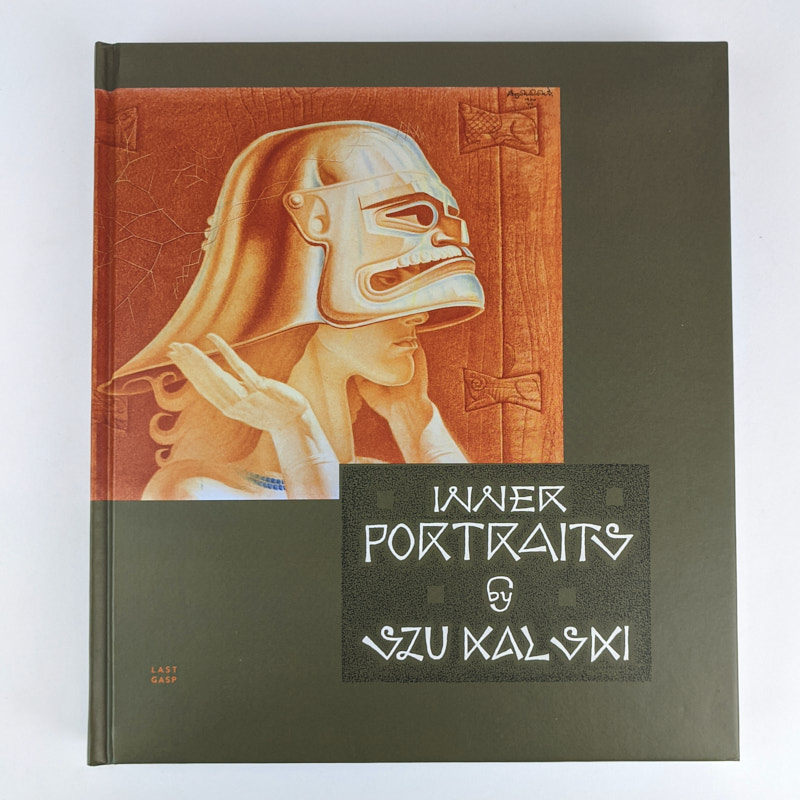 
: , .
Third Edition, Revised and Expanded.
25cm x 22cm. 208 pages, colour illustrations. Illustrated matte papered boards.
Stanislaw Szukalski was a Polish sculptor, painter, draftsman and anthropologist. He was part of the Chicago Renaissance in the 1920s, enjoyed fame in 1930s Poland as a nationalistic sculptor, but spent his last years in obscurity. This book presents a major survey of his portraiture of peers, patrons, and historical figures. Most artworks are accompanied by essays and background information, along with personal anecdotes and reflection, providing an intimate and articulate discussion on art, politics, philosophy, and more. Szukalski is now remembered for both his striking artwork and political, scientific, and philosophical views, including the pseudoscientific-historical theory of Zermatism. In 2018 Szukalski became the subject of the critically acclaimed Netflix documentary ‘Struggle: The Life and Lost Art of Szukalski’ directed by Irek Dobrowolski and produced by Leonard DiCaprio. Introduction by Ernst Fuchs.
. New Book.