Yenan in Shensi Province served as the birthing ground of Mao Tse-Tung’s Communist revolution in China. In this book, Victor M. Fic examines the coastal Indian state of Kerala, proposing that like Yenan before it, it will and does serve as the place of India’s own Communist revolution. As much political vision as it is political history, this text provides fascinating insight into the various Communist parties operating in India at the time, and lays out a roadmap by which “the last stage of seizure of power” by Communists will ultimately be achieved. [Note: things did not turn out the way this guy thought they would.]

Light soiling/marks/foxing to outside edges, endpapers, occasionally throughout. Good Condition. 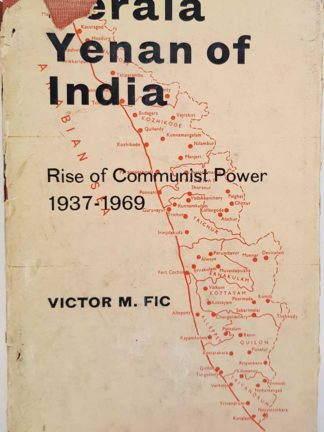