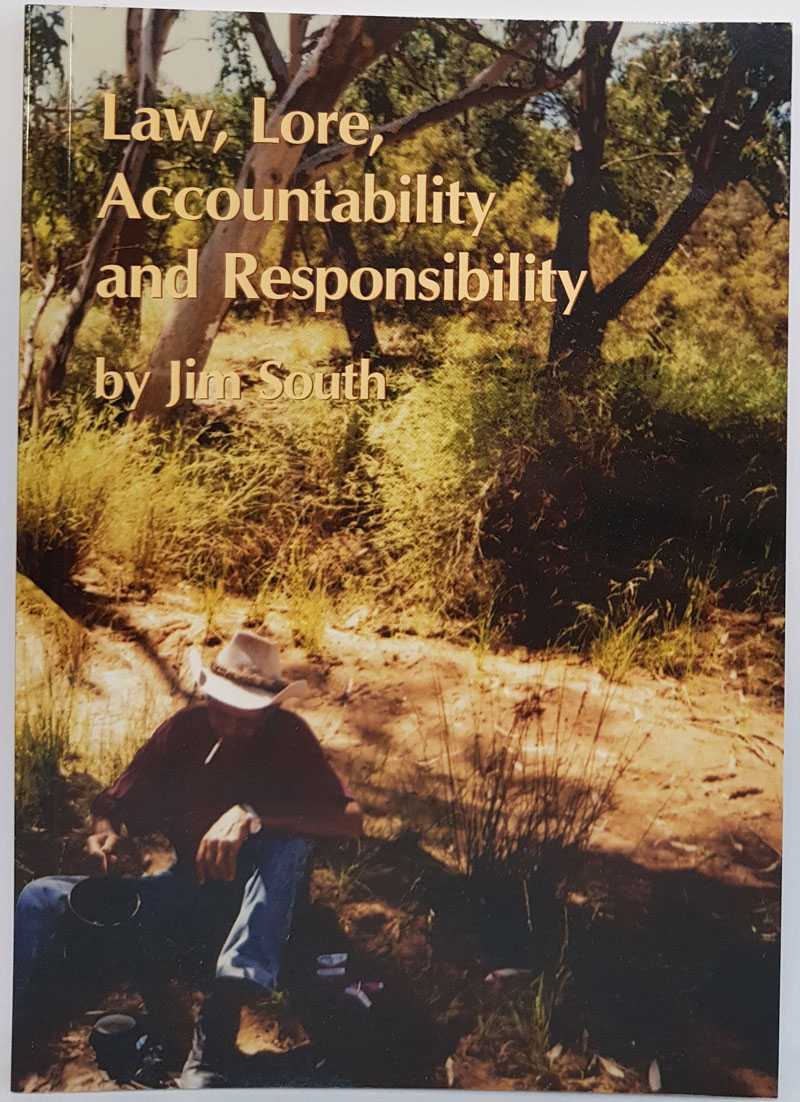 
: , .
Second Printing.
21cm x 15cm. 63 pages. Pictorial wrappers.
“In this book Jim South talks of the teachings of the old Aboriginal people that have been a guiding factor in his life. There was a time when Jim went off the rails, a time when alcohol was ruining his life. He talks of how it was the presence of the old people that got him on the straight and narrow again. Most importantly Jim talks about the traditional Ungari country of his ancestors in south-west Queensland. He talks of how his mother was removed from her traditional country as a child, separated from her family and sent to a government mission. But Jim considers his family luckier than many others as his mother managed to find her mother and after many years was reunited with her brothers and sisters. Jim is fortunate that he has grown up knowing his people and has been able to return to the traditional country of his ancestors.” (publisher’s blurb)
. New Book.