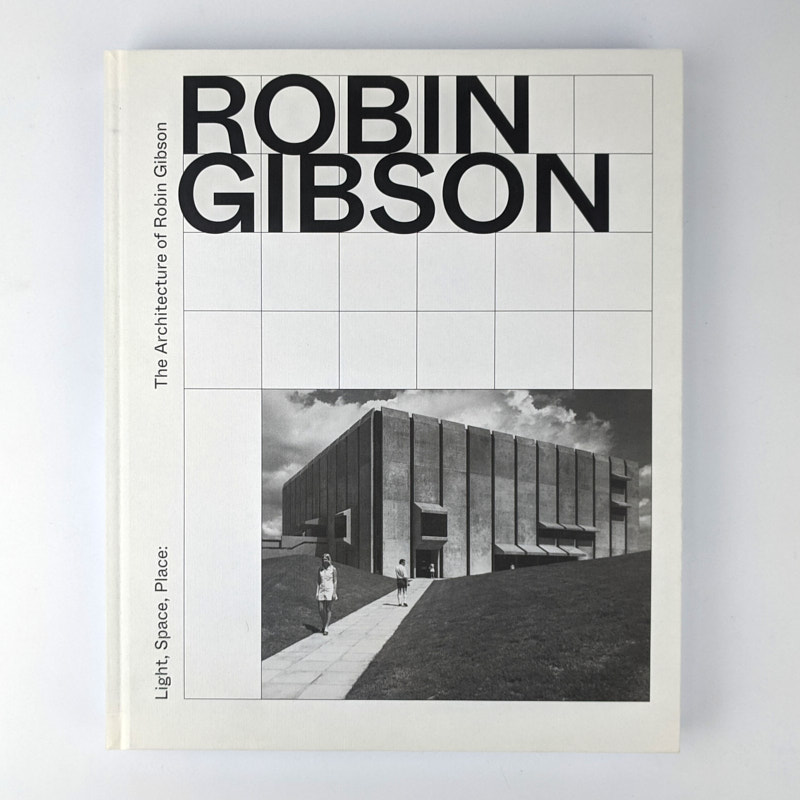 
: , .
First Edition.
29cm x 24cm. 344 pages, illustrations, some colour. Pictorial cloth.
“While many architects aspire to profoundly transform their cities, very few ever manage to build at a scale that might make this possible. Architect Robin Gibson not only built prolifically and at expansive urban scales, his projects also helped to redefine the culture and identity of one of Australia’s major capital cities. Born in Brisbane in 1930, Gibson graduated from the University of Queensland in 1954. He spent a brief period working as an architect overseas before returning to his home city in 1957. Here, he established an architectural practice that would go on to design some of Brisbane’s most important civic and commercial environments, including a cluster of what are arguably the most transformative projects ever built in the city: the Queensland Museum, the State Library of Queensland, the Performing Arts Complex and the renowned Queensland Art Gallery. Though he rarely wrote or published on his own architecture, Gibson had an outsized presence in his home city (at one point being named Queenslander of the Year) and he was awarded the Australian Institute of Architects Gold Medal, the institute’s highest honour. His output, however, has been subject to surprisingly little criticism in either mainstream or professional publications. Furthermore, much of this criticism gives us an imperfect understanding of the thinking behind Gibson’s architecture. While commentators have attempted to situate Gibson within the conventional folds of international modernism, or even brutalism, this book reveals that his body of work, while carrying many of the formal trappings of high modernism, was actually underpinned by a distinctive vision of Brisbane as a sub-tropical city, sensitive to climate and place, and alive with people.” (publisher’s blurb)
. New Book.