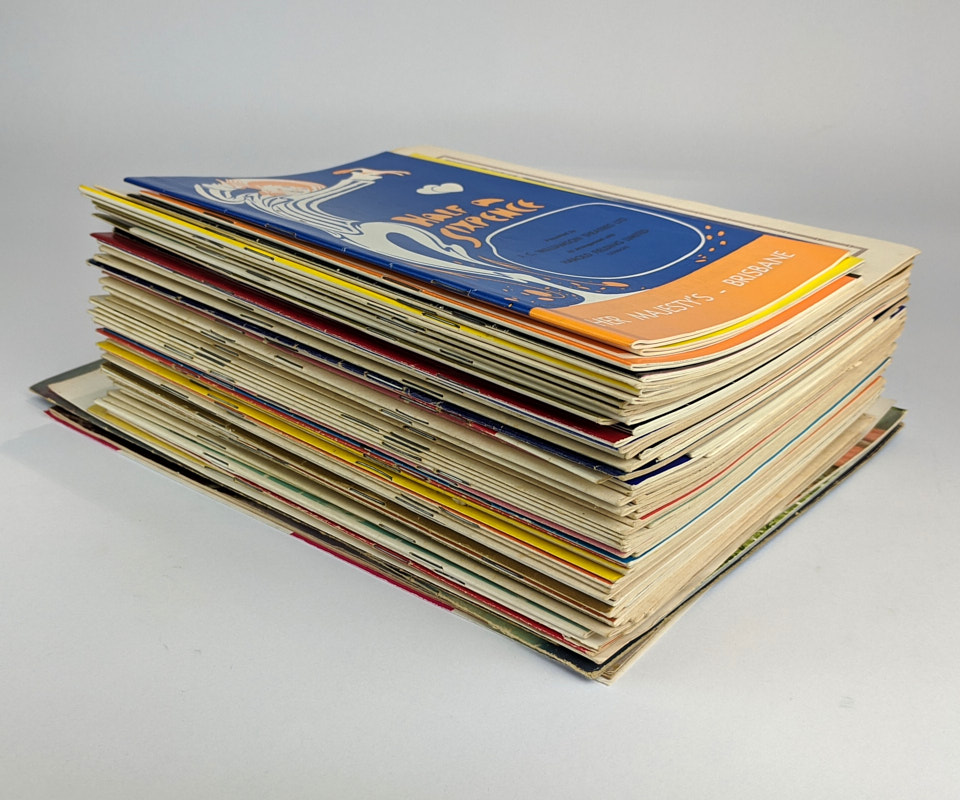 Lot of 73 Souvenir Booklets and Programmes from Her Majesty’s Theatre, Brisbane