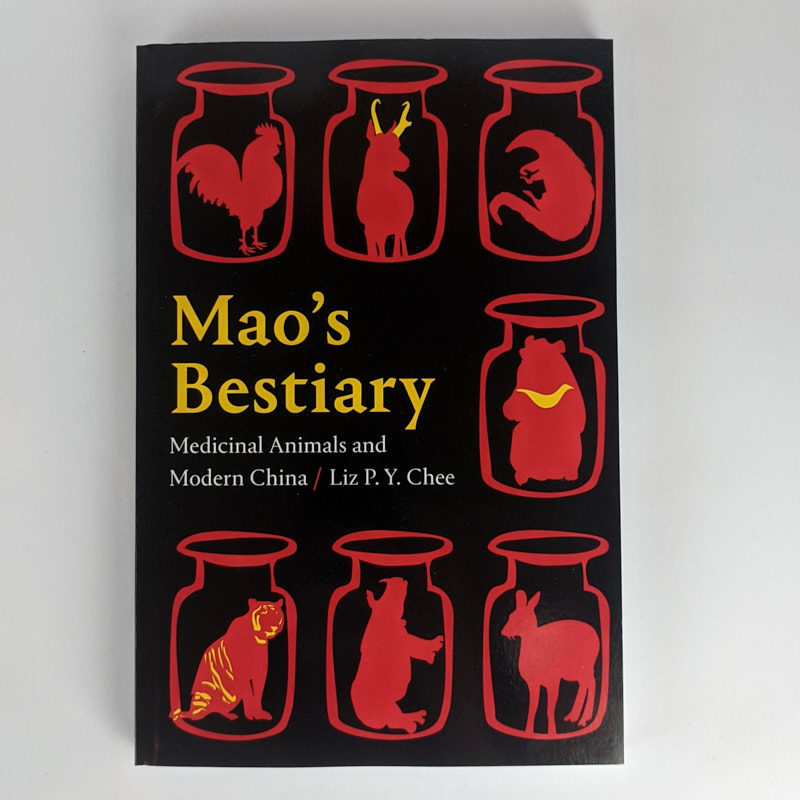 
: , .
Reprint.
23cm x 15cm. x, 276 pages. Illustrated wrappers.
“A history of the rising use of “medicinal animals” in modern China. While animal parts and tissue had been present in Chinese medicine from an early date, the book argues that their role in the Chinese pharmacopiea greatly expanded and became systematized in the changed political and economic circumstances of the early Communist period. Mao’s Bestiary is the first book to place medicinal animals squarely within the historiography of Chinese medicine. In an age of controversy over the ethics and efficacy of faunal medicalization, its perpensity to foster zoonotic diseases and its devastating effect on wildlife conservation in China and worldwide, the book contributes a much-needed historical perspective, explaining the modern origins of what is too casually taken to be traditional practice” (publisher’s blurb)
. New Book.