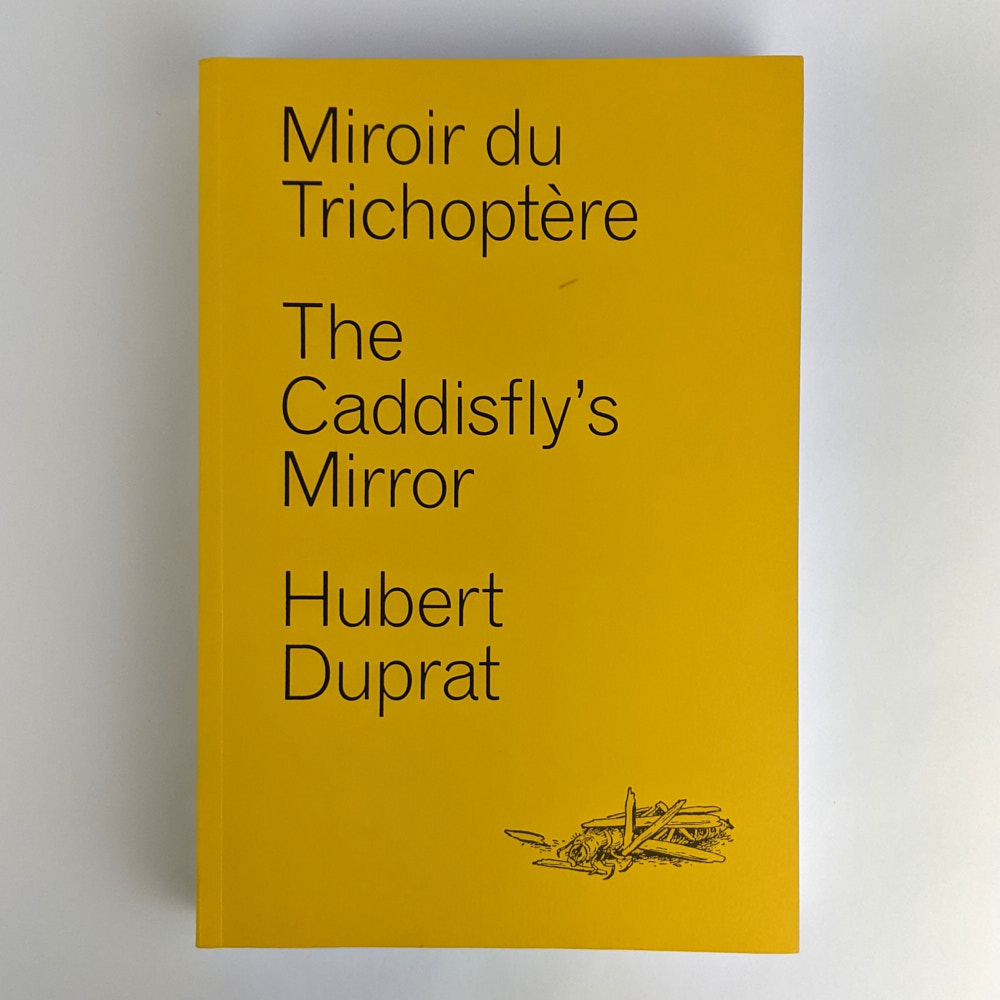 
: , .
First Edition.
34cm x 23cm. 628 pages, colour illustrations. Wrappers. Text is bilingual, French and English.
“Alongside his recognized work as a sculptor, since the early 1980s Hubert Duprat has had precious scabbards made for Trichoptera (or Phryganes as they are also called). He fell in love with the insect and systematically collected all the writings or images he found concerning more particularly the larva and its marvelous ability to make a protective case for itself. Thus was born an impressive “trichoptérothèque”, presented during the Hubert Duprat retrospective in the fall of 2020 at the Musee d’art moderne de la Ville de Paris at the same time as his sculptural work. Le Miroir du Trichoptere brings together not all of the “trichopterian literature” (more than 1600 entries) but a large selection of passages relating to the description and/or construction of tubes and/or in vitro experimentation. This selection is not limited to the entomological corpus; it also testifies to the interest that fishermen have in the larva, multiple citations of the animal in literature for young people, mentions made of it by novelists and poets (John Cage, Sylvia Plath, etc.) etc. But Le Miroir du Trichoptere is perhaps above all the very rich and very varied iconography to which the observation of the insect has given rise over time and which Hubert Duprat has compiled in an almost obsessive way. These representations of the insect (engraved plates and photographs) punctuate the work, which thus offers itself, beyond the artist’s book that it is, as a sort of history of scientific illustration. Hubert Duprat has chosen to give his book a dynamic organization restoring the diversity of his interests in the subject. Divided into 48 entries with sometimes unexpected titles (from Aquarium to Yokata), the “sum” that he signs thus relates as much to serious, scientific and artistic “research”, as to Pataphysics…” (publisher’s blurb)
. New Book.