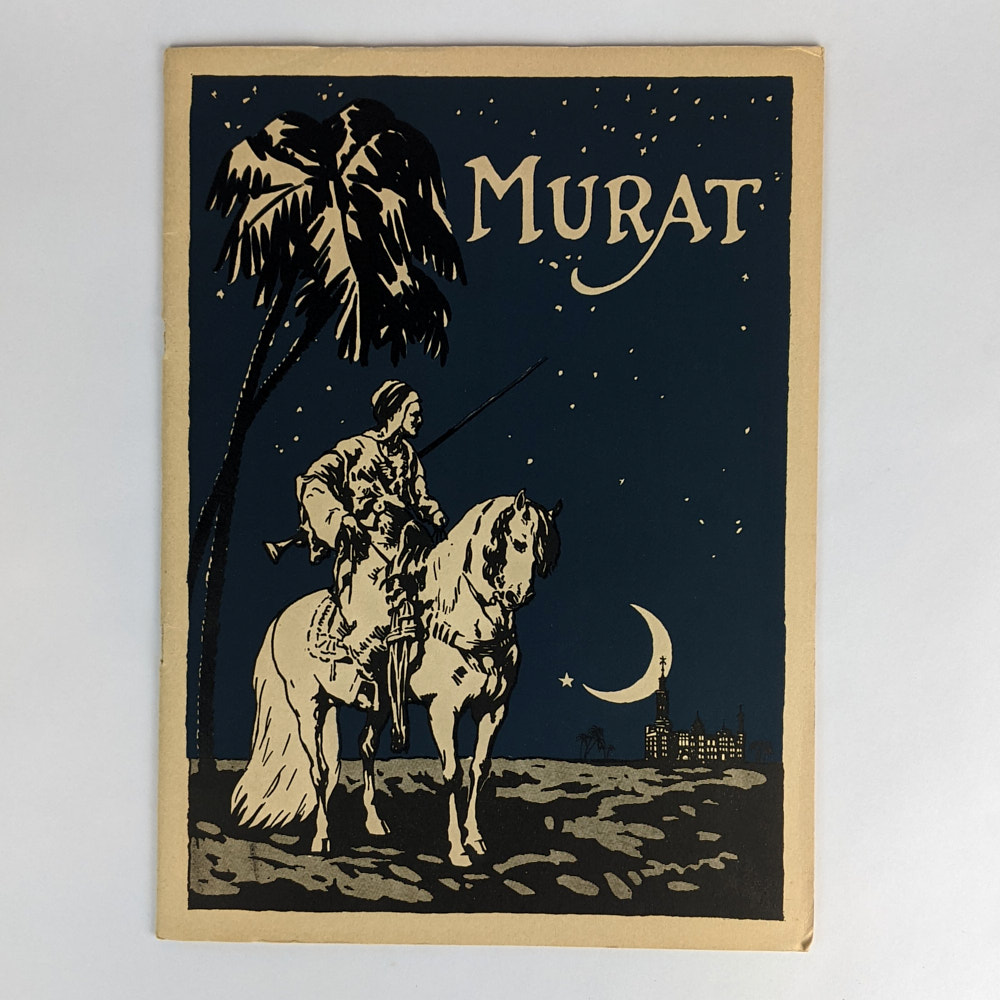 
: , .
First Edition.
28.5cm x 21cm. [32] pages, black and white illustrations. Illustrated saddle-stapled wrappers.
in Murat’s Jama Masjif on the twenty-fifth day of the fourth month Rabih Ul Akhir, 1343 which is to say Friday, December 15, 1922. An invitation to the opening celebrations of the extensions to the Murat Temple of the Ancient Arabic Order of Nobles of the Mystic Shrine in the Oasis of Indianapolis, Desert of Indiana. A great ballroom, it was decorated with an Egyptian theme to match the Arabic concept of the Shrine, with hieroglyphics and drawings found in ancient palaces and tombs near Thebes. Membership form laid in, and housed in an original unmarked posting envelope. Unrecorded in OCLC at October, 2022.
Near Fine Condition in Good Envelope. Staples pulled through upper panel. Envelope chipped, torn and tanned. Very Good Condition.