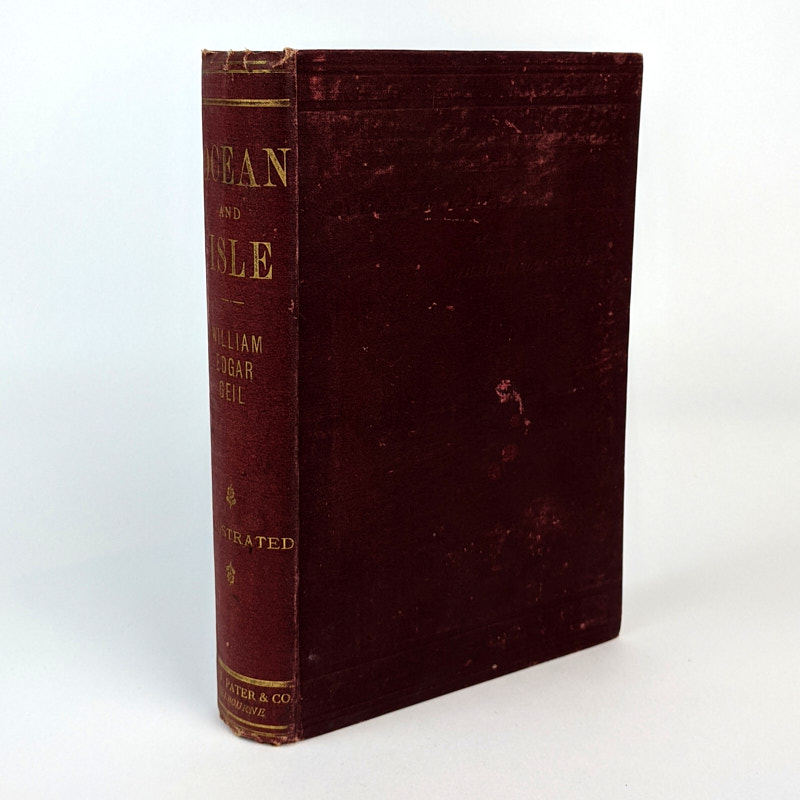 
: , .
First Edition.
22cm x 15cm. [viii], 309 pages, 94 plates (6 folding)
Accounts of Pacific missions by American evangelist, explorer, lecturer, photographer, and author William Edgar Geil (1865-1925). Illustrated with 100 full page engravings, technically 94 plates with 6 being double-paged. Geil is best known for his evangelistic travels, which took him to China, the Middle East, Africa, the Pacific Rim and South Seas. He is considered one of the important explorers of his generation. In addition to his writings, Geil lectured extensively with numerous photographs of packed theatres present in this work. Geil married later in life and had no children. His widow, Constance, survived him until the late 1950s. In 1959 his estate was sold at public auction including the contents of his library, which was purchased by a Bucks County book dealer “Gus” Gustafson. It remained in his possession until shortly after his death in February of 2008. This copy signed by Geil together with a bible verse to the front flyleaf.
Moderate shelf wear to cloth. Hinges cracking but still intact. Previous owner’s inkstamps. Minor foxing. Fair Condition.