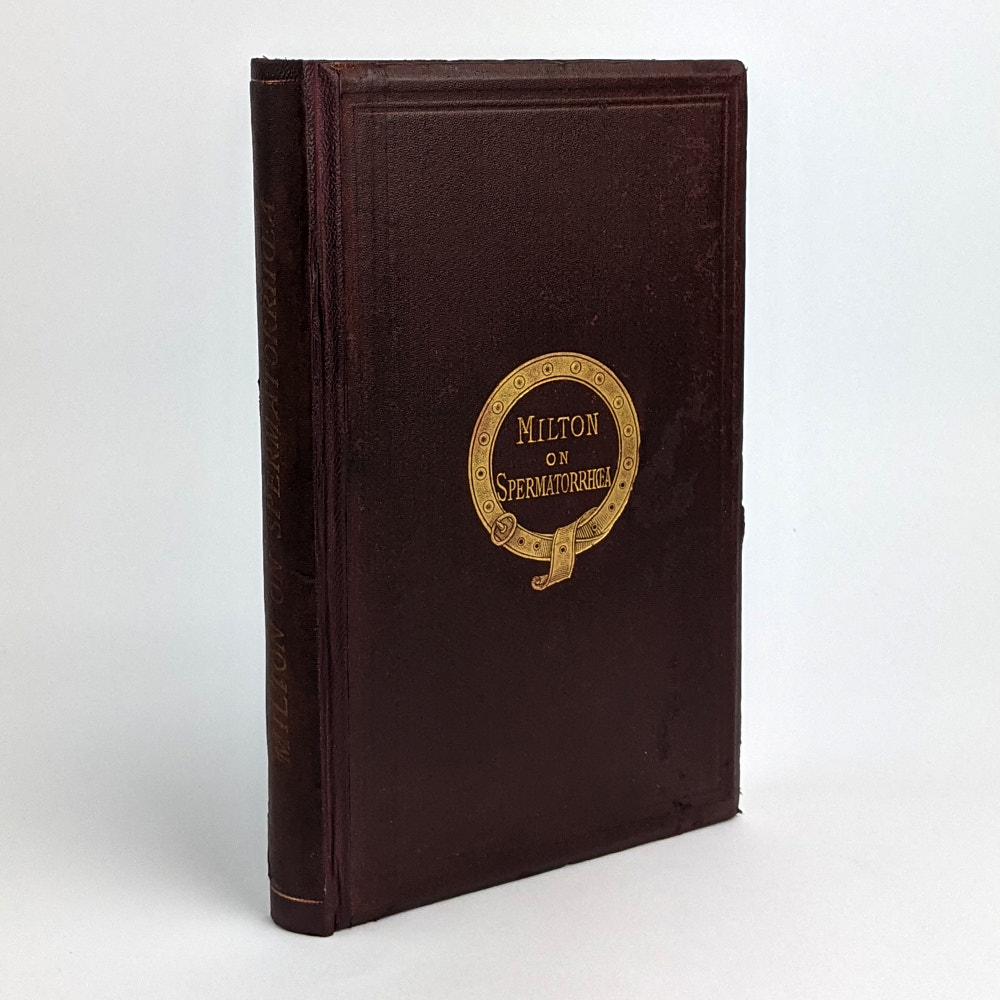 On the Pathology and Treatment of Spermatorrhoea


: , .
Twelth Edition.
22cm x 14cm. viii, 213 pages. Red cloth, gilt lettering.
Also on the pathology and treatment of impotence. Enlarged and reprinted from the original Papers published in the Lancet for 1854, and the Medical Circular for 1858. With several illustrations of uncomfortable medical devices. John Laws Milton (1820-1898) was a 19th century British physician. Determined to have a specialised skin hospital in London, founded and was senior surgeon of St. John’s Hospital for Diseases of the Skin. His controversial treatment of spermatorrhea, a questionable condition of excessive, involuntary discharge of semen, was his dubious and lucrative side hustle clinic at the hospital. Despite the shady nature of this business, among other colourful activities bringing him into conflict with the medical establishment and administration, through numerous resignations and re-appointments, Milton stayed on as director of St. John’s for many of its formative years with the hospital still operating today as a research department of King’s College.
Rebacked with new endpapers, the original spineback onlayed. Some mottling to the upper board, very minor to lower. Minor to moderate foxing. Contemporary owner’s signature with minor marginalia.. Good Condition.