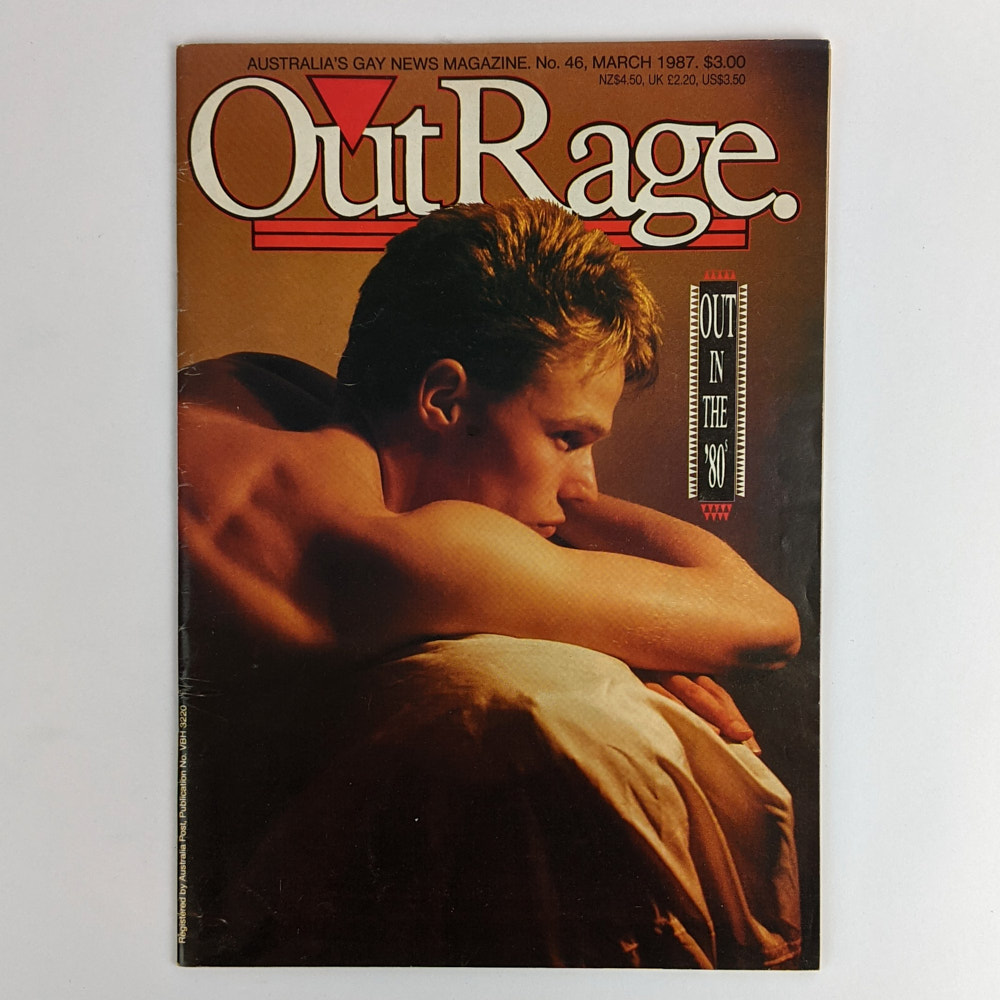 
: , .
First Edition.
29.5cm x 21cm. 64 pages, illustrations, some colour. Pictorial saddle-stapled self-wrappers.
Monthly Australian gay magazine, was previously Gay Community News, not to be confused with the Philippines Outrage Magazine which commenced in 2007. OutRage began in 1983 in tabloid format, moved to magazine format from October 1986, and ceased publication by the end of 2000. OutRage was “the first gay product to advertise on commercial television in Australia [and] has had a significant constitutive role in the development of the style, aesthetics and politics of gay male sub cultures. Adam Carr ..[credits] the magazine’s commercial success to the entrepreneurial efforts of Danny Vadasz, the jettisoning of gay liberation politics, the scrapping of lesbian coverage and the onset of AIDS.” (Michael Hurley, A Guide to Gay and Lesbian Writing in Australia)
Minor handling wear and tanning. Very Good Condition.