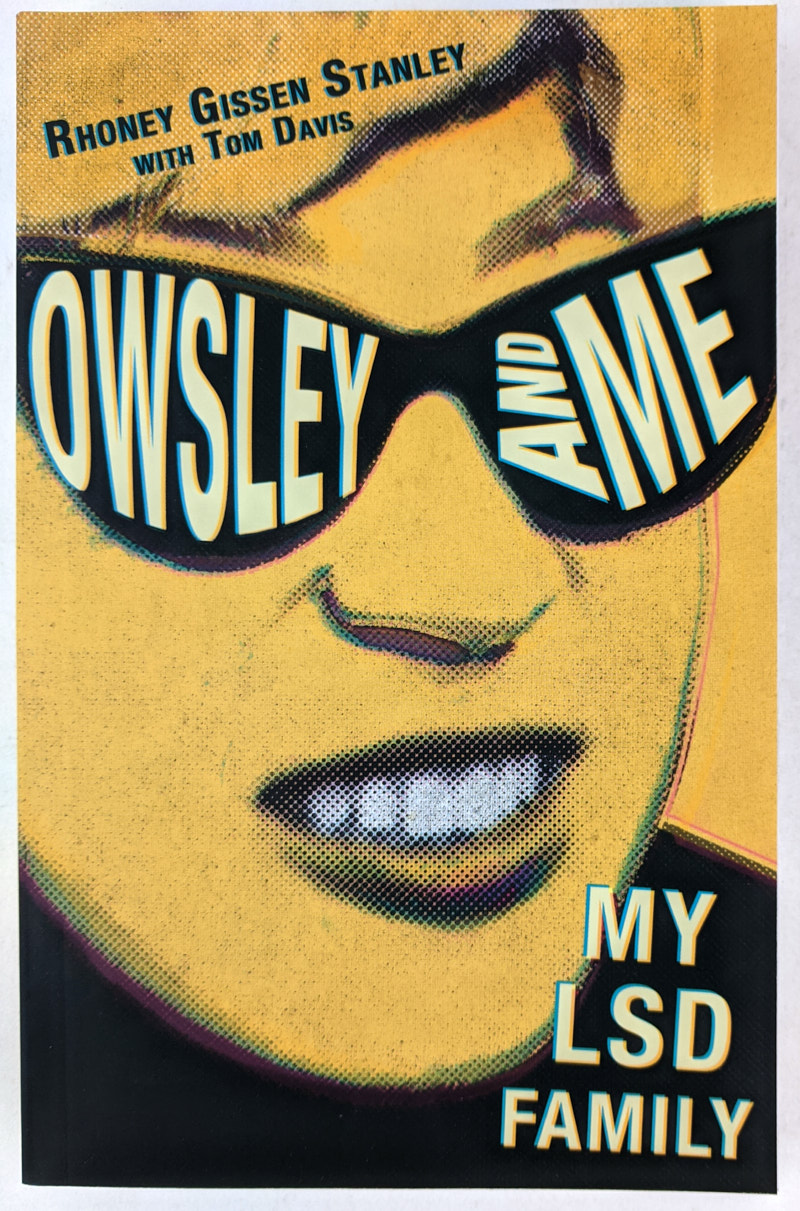 Owsley and Me: My LSD Family


: , .
First Edition.
22cm x 14cm. [x], 271 pages, black and white photographs. Illustrated wrappers.
“Owsley and Me is a love story set against the background of the Psychedelic Revolution of the ’60s. Owsley ‘Bear’ Stanley met her in Berkeley in 1965, when LSD was still legal and he was the world’s largest producer and distributor of LSD. Rhoney found herself working in an LSD laboratory, and the third corner in a love triangle. We all know the stories from the 60s — but never from the point of view of a woman finding her way through twisted trails of love, jealousy, and paranoia, all the while personally connecting to the most iconic events and people of her time. Bear supported the Grateful Dead in their early years and gave away as much LSD as he sold — millions of hits. He designed and engineered the infamous Wall of Sound system of the early ’70s, just before he began his two years in prison, with Rhoney raising their infant son. He died one year ago, but the era he helped create is now being rediscovered by a new generation interested in the meaning of it all.” (publisher’s blurb)
. New Book.