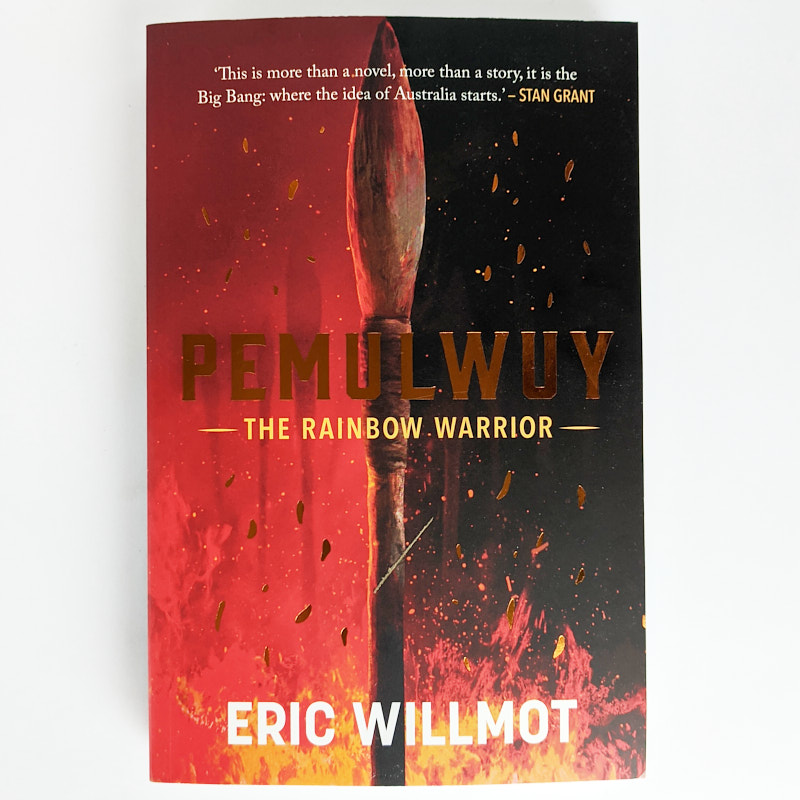 
: , .
New Edition.
23.5cm x 15.5cm. xix, 354 pages, maps. Illustrated wrappers.
“This is the story of one of Australia’s first true heroes, Pemulwuy. A proud and feared Aboriginal warrior, Pemulwuy leads an uncompromising twelve-year war against British colonial oppression and makes the supreme sacrifice in order to guide his people to safety. Many histories of Australia start with the First Fleet and the hard times the colonists had with the climate and unruly convicts. Very few mention what really happened, or the blood that was spilled in the wars rarely spoken of. Pemulwuy, a Bidjigal man, unites the neighbouring peoples, runaway convicts, bushrangers and an escaped African known as Black Caesar, in a guerilla war that pushes the invading English to the brink. This novel was conceived out of Pemulwuy’s legend and the historical events between 1788 and 1802.” (publisher’s blurb)
. New Book.