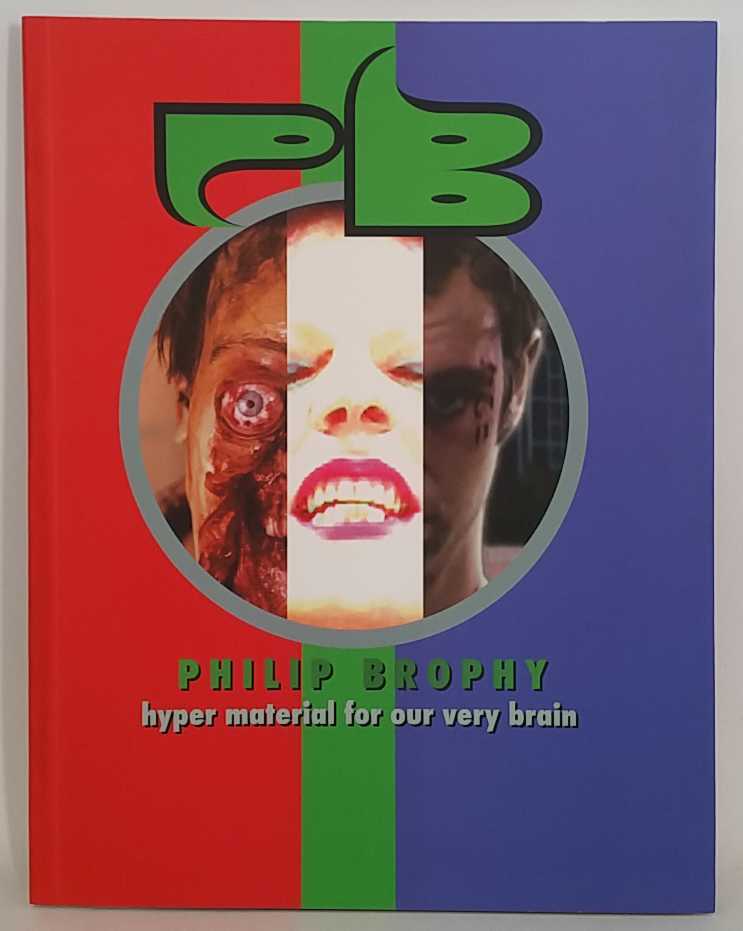 
: , .
First Edition.
22cm x 17cm. 136 pages, colour illustrations, 1 CD. Illustrated french fold wrappers.
“Those who follow Australian art, music, or film will have come across Melbournes Philip Brophy. Over the last thirty years, he has produced important work in all three scenes. He is also a critic and curator. And it is impossible to extricate his work as a commentator from his own work, because, as he admits, his own work is always a commentary on existing forms; its always art-about-art, music-about-music, film-about-film, or, indeed, art-about-music-about-film.” Interview by Lara Travis; Essays by Darren Tofts, Shihoko Iida, and Chris Chang; a selection of Brophy’s own writings. Includes CD.
. New Book.