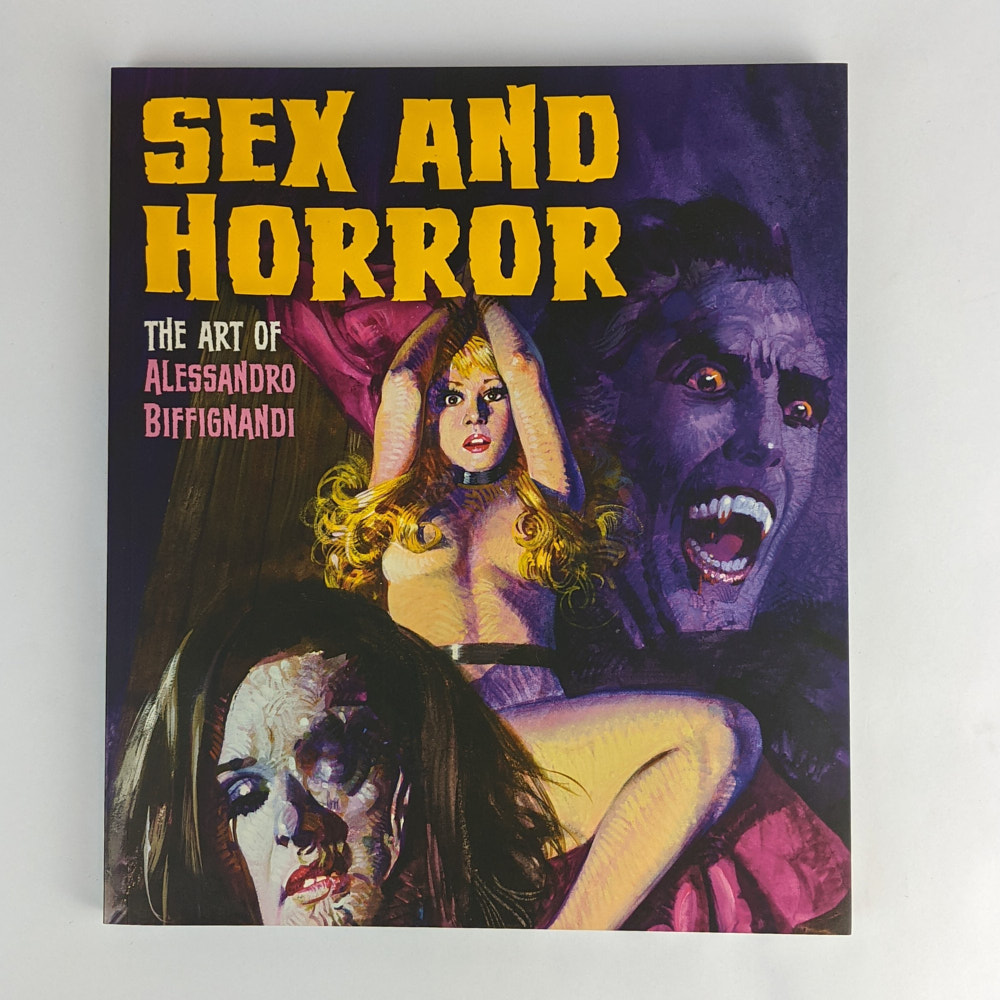 Sex and Horror: The Art of Alessandro Biffignandi


: , .
First Edition.
26cm x 22cm. 160 pages, colour illustrations. Illustrated french fold wrappers.
The second volume in the bestselling Sex and Horror series, which celebrates the publishing craze known as ‘fumetti sexy’. “Between the late ’60s and the late ’80s Italy went crazy for “sexy fumetti,” a home-grown genre of adult comics with a unique brand of twisted humour, violence, and up-front sexuality. Wilder and weirder than you can imagine, they were some of the most outrageous and shocking comics ever produced, and their eye-catching, highly provocative covers could be seen on every newsstand and kiosk in the country. One of the most talented and prolific of the cover artists at Edifumetto–the foremost Italian producer of adult comics during this period–was Alessandro Biffignandi, whose work featured horror, fantasy, and sci-fi elements alongside plenty of naked female flesh. This book is a collection of some of the sexiest examples of Biffigandi’s cover art for Edifumetto, which is highly coveted by collectors today.” (publisher’s blurb)
. Fine Condition.