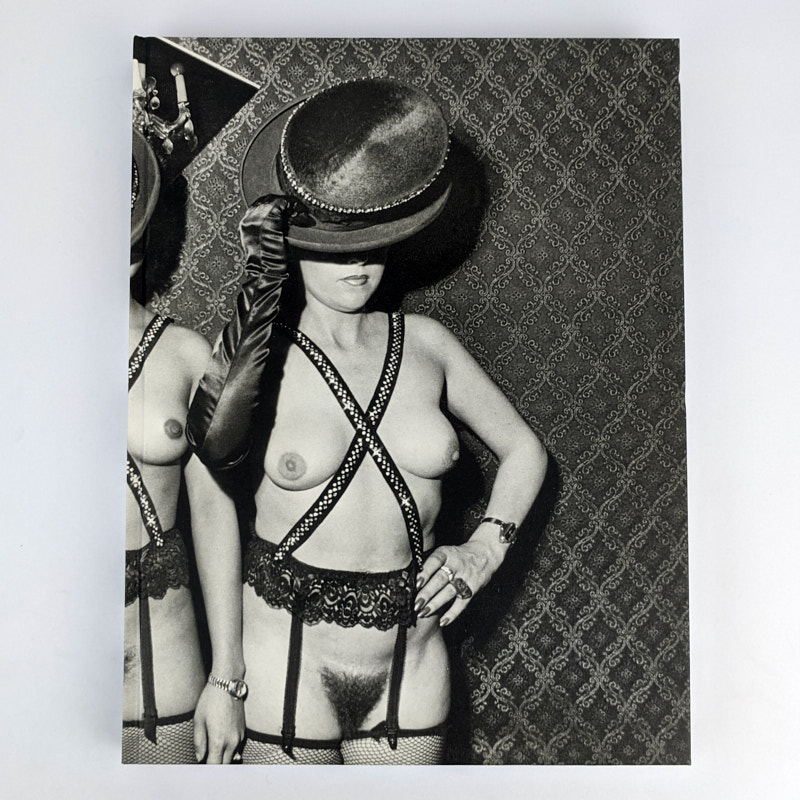 
: , .
First Thus.
30cm x 23cm. 212 pages, black and white illustrations. Pictorial papered boards.
“Andre Gelpke’s series Sex-Theater was produced in the 1970s and depicted performers from a number of different sex theatres in Hamburg’s St. Pauli district. “The fascination that captivated me as a photographer came from the personality of the individual, from the performer who was prepared to realize in public the secret sexual fantasies of an inhibited society, simply in exchange for a fee.” Sex-Theater was first published as a book in 1981 and quickly sold out. The edition produced by Spector Books together with cpress represents a new “staging” of the series: it includes an expanded selection of images and new texts, and is presented in a form that offers this collection of photos a contemporary framing. The era that is depicted here is over, and the decline of these clubs is documented in Sex-Theater.” (publisher’s blurb)
. New Book.