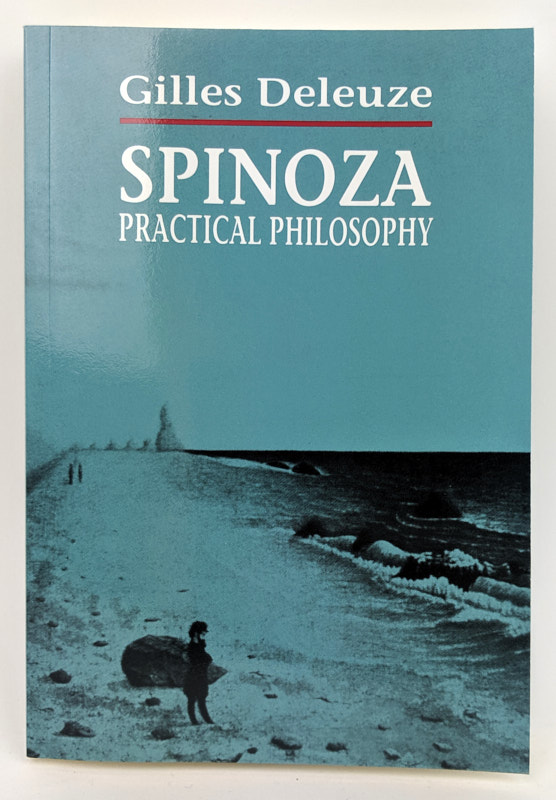 
: , .
Later Edition.
20cm x 14cm. iii, 130 pages. Illustrated wrappers.
“Translated by Robert Hurley. Spinoza’s theoretical philosophy is one of the most radical attempts to construct a pure ontology with a single infinite substance. This book, which presents Spinoza’s main ideas in dictionary form, has as its subject the opposition between ethics and morality, and the link between ethical and ontological propositions. His ethics is an ethology, rather than a moral science. Attention has been drawn to Spinoza by deep ecologists such as Arne Naess, the Norwegian philosopher; and this reading of Spinoza by Deleuze lends itself to a radical ecological ethic. As Robert Hurley says in his introduction, “Deleuze opens us to the idea that the elements of the different individuals we compose may be nonhuman within us. One wonders, finally, whether Man might be defined as a territory, a set of boundaries, a limit on existence.”.”
. New Book.