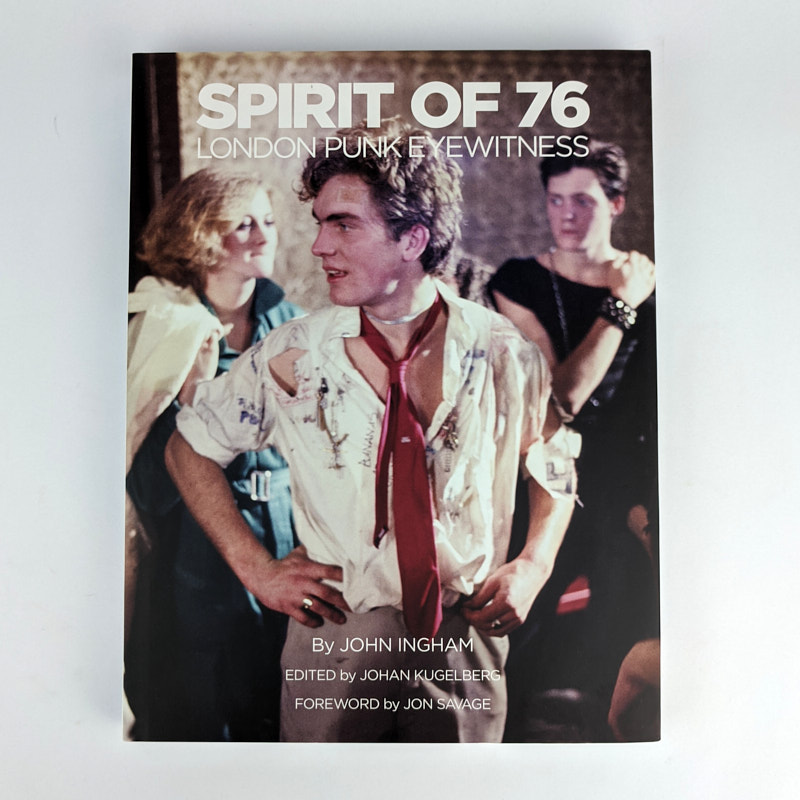 
: , .
First Edition.
28cm x 21cm. [iv], 155 pages, illustrations, some colour. White papered boards, silver lettering, pictorial jacket.
“When punk first broke in the UK in 1976, music journalist John Ingham was on hand to document the very heart of the scene. Struck by the music, fashion and sheer iconoclasm of a little-known outfit called the Sex Pistols, Ingham conducted the first interview with the band, partied with its members and even bailed Sid Vicious out of jail; he also witnessed and documented the group’s evolution at legendary gigs shared with other pioneering punk bands in their earliest days, including the Damned, the Clash, Subway Sect and more. The result is Spirit of 76: London Punk Eyewitness, a revelatory collection of photography and fly-on-the-wall reportage showcasing the punk movement from its most raucous, bewildering beginnings. Containing the only color photos from British punk’s first wave alongside Ingham’s inimitable prose, this volume constitutes a rare from-the-trenches report on the UK punk explosion from one of its original participants. Here is the story of a year made up as it happened, lived with excitement and the belief that you could make the future whatever you wanted it to be.” (publisher’s blurb)
Minor bump to tail fore-edge corner. Near Fine Condition.