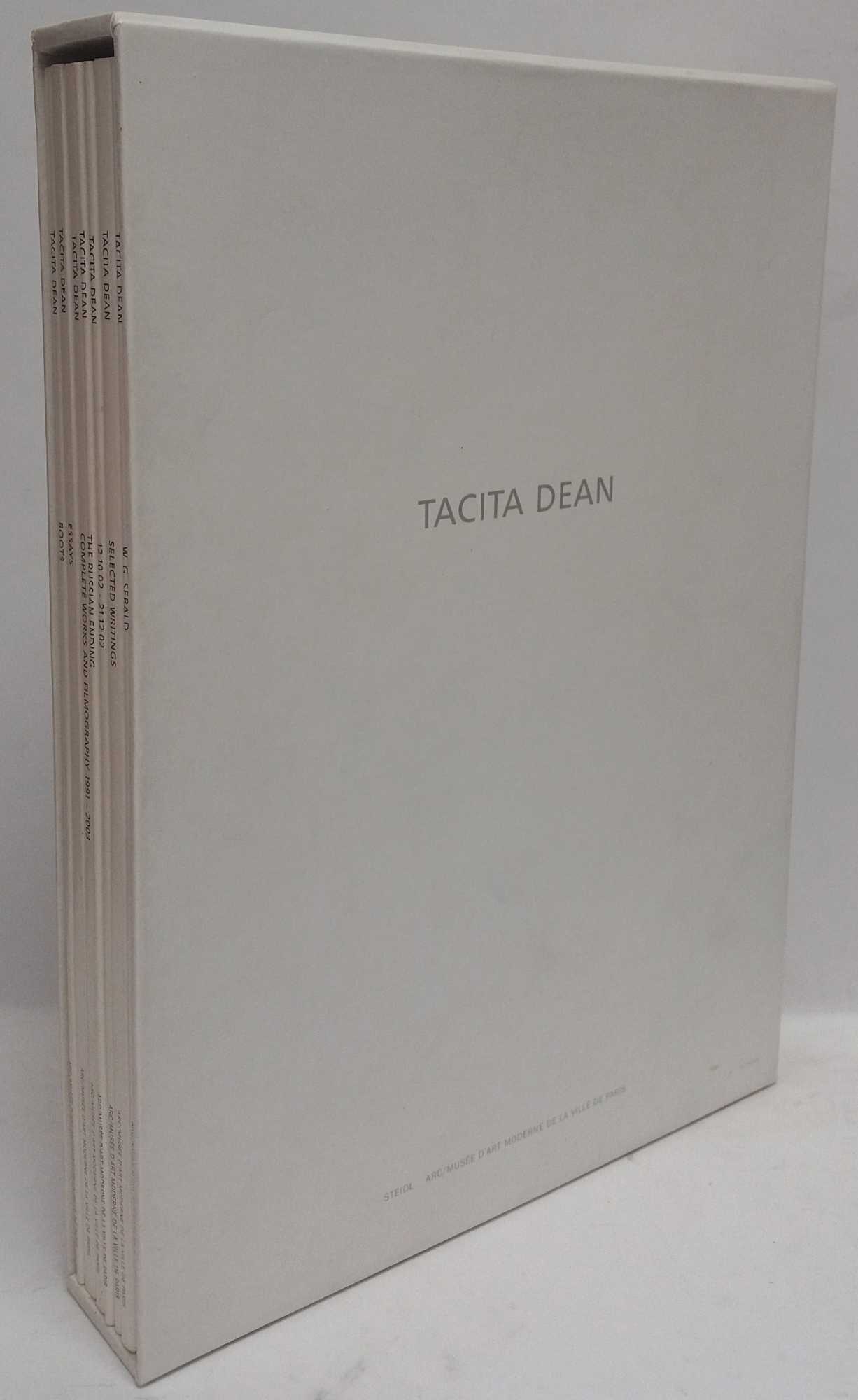 
: , .
First Edition.
27cm x 20cm. 7 volumes. Pictorial wrappers, lettered slipcase.
7 Softcover Volumes in a Slipcase. Book One: Selected Writings offers an illustrated and complete collection of the texts Tacita Dean has written concerning films and other projects she has made between 1992 and the present. Book Two: 12.10.02 – 21.12.02 reprints the artist’s book Dean made for her show at the Kunstverein fr die Rheinlande und Westfalen in October 2002. The exhibition dates provide the title of the book, which in turn relates to the discovery and filming of Marcel Broodthaers’ studio, his Section Cinema in Dsseldorf and the works that were inspired by this. Book Three: W. G. Sebald gives homage to the German writer who was killed in a car accident in 2001. It takes its starting point from a reference in his book The Rings of Saturn and then weaves a meandering narrative between history and autobiography, England and Germany, and ends up, strangely enough, in Texas. Book Four: The Russian Ending shows a set of 20 photogravures made by the artist in 2001. From found postcards the artist made fictional sad endings for films, borrowing from the early days of the Danish Film Industry when it was necessary to make two endings: a happy one for the Americans and a sad one for the Russians. Book Five: Boots is a soliloquy presented in three languages: English, French and German. Each version is a different fictional take on the movement and musings of the character, Boots, in a villa in Portugal. Though it looks like a film script, the book is in fact a transcription of the action in a film with the same name. Book Six: Complete Works and Filmography, 1991 – 2003 is exactly what it says it is. Book Seven: Essays includes texts by Julia Garimorth, Rita Kersting, Jean-Luc Nancy and Michael Newman with a foreword by Laurence Bossª, Senior Curator at ARC/Museª d’art moderne de la ville de Paris.
Slipcase is in Very Good Condition with minor shelf wear and creasing to the lower panel. Minor shelf wear to books. Near Fine Condition.