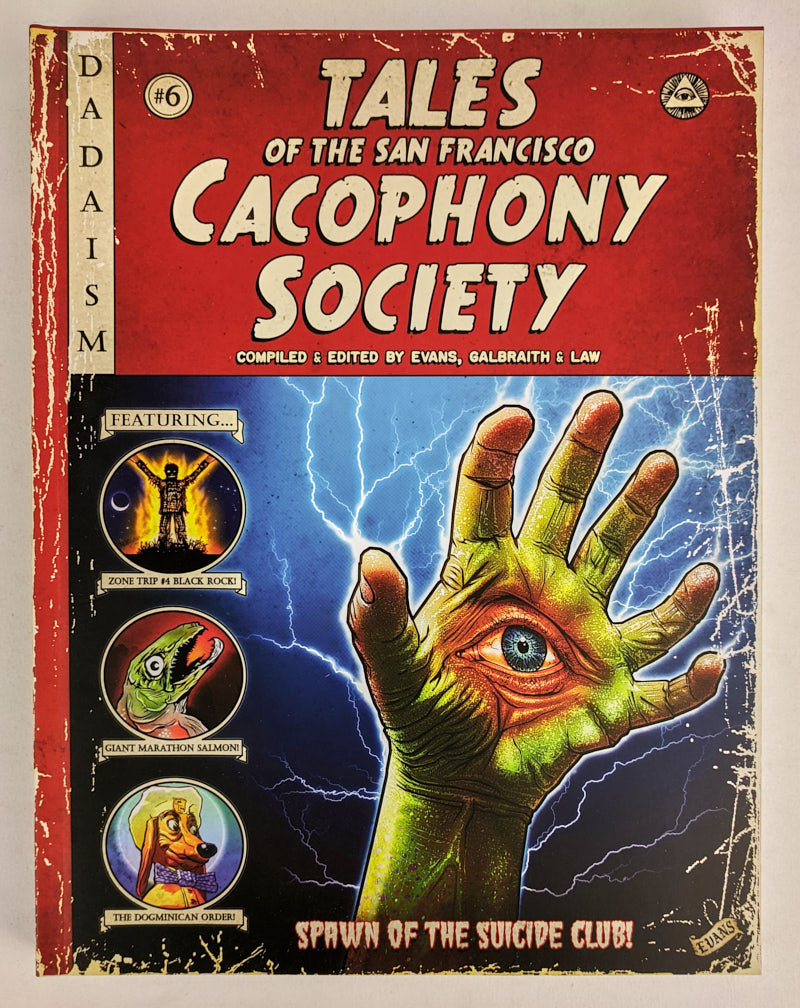 
: , .
Revised Edition.
28cm x 22cm. xviii, 254 pages, colour photographs and illustrations. Illustrated wrappers.
“The history of the most influential underground cabal that you have never heard of. A template for pranksters, artists, adventurers and anyone interested in rampant creativity, for years to come.
Rising from the ashes of the mysterious and legendary Suicide Club, The Cacophony Society, at its zenith, hosted chapters in over a dozen major cities, and influenced much of what was once called the underground. Flash Mobs, Urban Exploration, and Culture Jamming are a few of the pop culture trends that Cacophony helped kick off. Chuck Palahniuk’s Fight Club, Burning Man and Internet social networking powerhouse Laughing Squid were informed and inspired by Cacophony. The Burning Man Festival actually began as a Cacophony event as did the annual, and now world-wide SantaCon.”
. New Book.