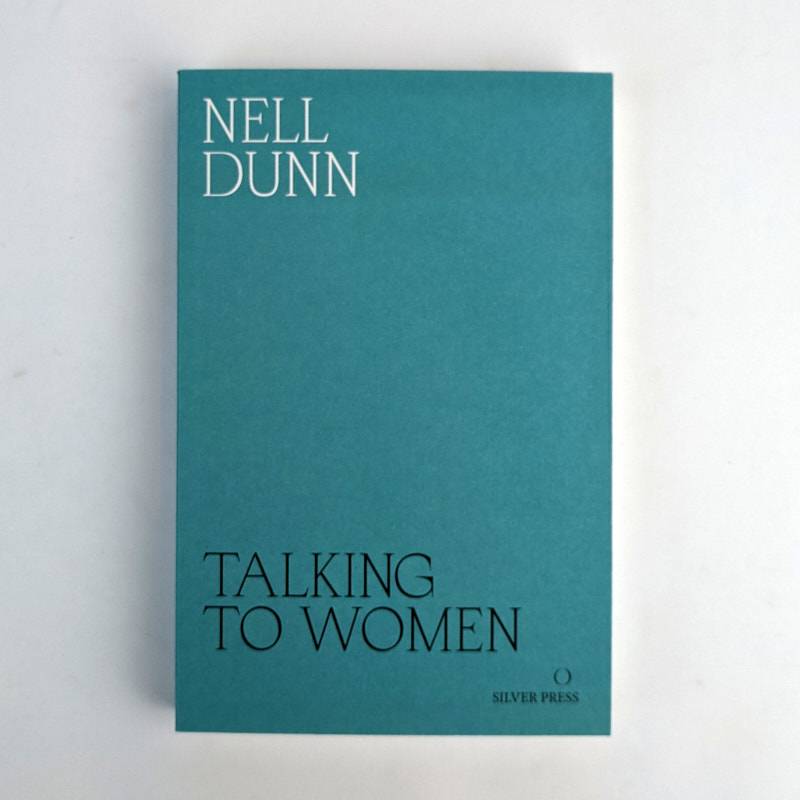 
: , .
New Edition.
20cm x 13cm. [viii], 216 pages. Lettered french fold wrappers.
With an introduction by Ali Smith and a new Afterword by Nell Dunn. “In 1964, Nell Dunn spoke to nine of her friends over a bottle of wine about sex, work, money, babies, freedom and love. The novelist Ann Quin says she appears to be a ‘singular girl, singular and single but questions the use she makes of her freedom. The Pop artist Pauline Boty reveals she married ‘the first man I could talk very freely to ten days after meeting him. Kathy Collier, who worked with Dunn in a Battersea sweet factory, talks about what it takes to ‘get out of a life that isnt fulfilling. Edna OBrien tells us about the time she inadvertently stole a brown georgette scarf and the lesson she took from it: ‘Morality is not the same thing as abstinence. After more than fifty years out of print, Talking to Women is still as sparkling, honest, profound, funny and wise as when it was first published.” (publisher’s blurb)
. New Book.