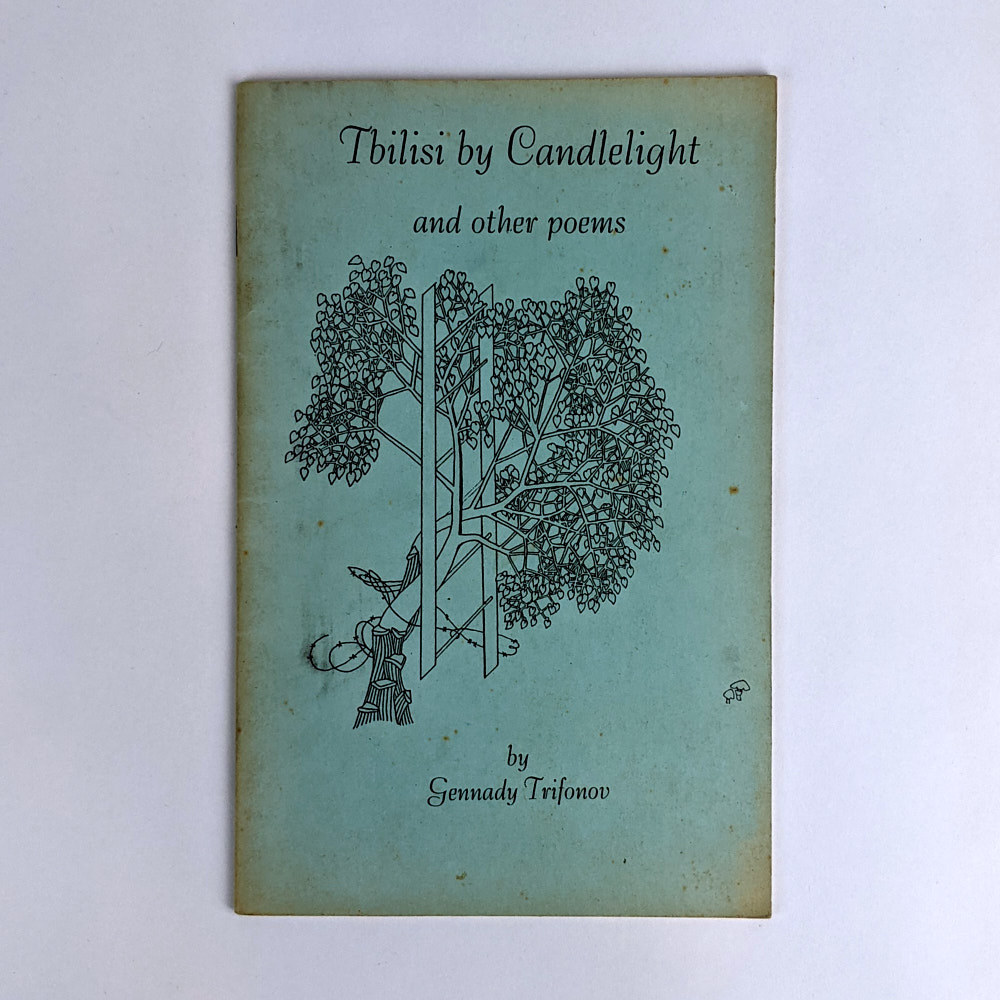 Tbilisi by Candlelight and other poems


: , .
First Edition.
21.5cm x 13.5cm. 36 pages, black and white illustrations. Illustrated saddle-stapled wrappers. Text is bilingual, English and Russian.
Rare bilingual volume of openly gay Russian poet Gennady Trifonov (1945-2011), and the only recorded work solely devoted to him in English. Translated and with illustrations by Mary Giles. This collection of poetry was published as part of a campaign to raise Trifonov’s profile in the West, both bringing some relief to his cruel treatment at the hands of the Soviet Union authorities, and creating hope of him one day being able to leave the country where he had been imprisoned for privately circulating homosexual poetry. Tried and sentenced at a closed trial in 1976, even after his release four years later from the labour camps in northern Ural, he remained troubled by the Russian authorities. 2 copies recorded in OCLC at September, 2022.
Minor to moderate tanning to wrappers. Foxing to edges. Bookseller’s sticker of Glad Day Bookshop, Canada, to title page. Good Condition.