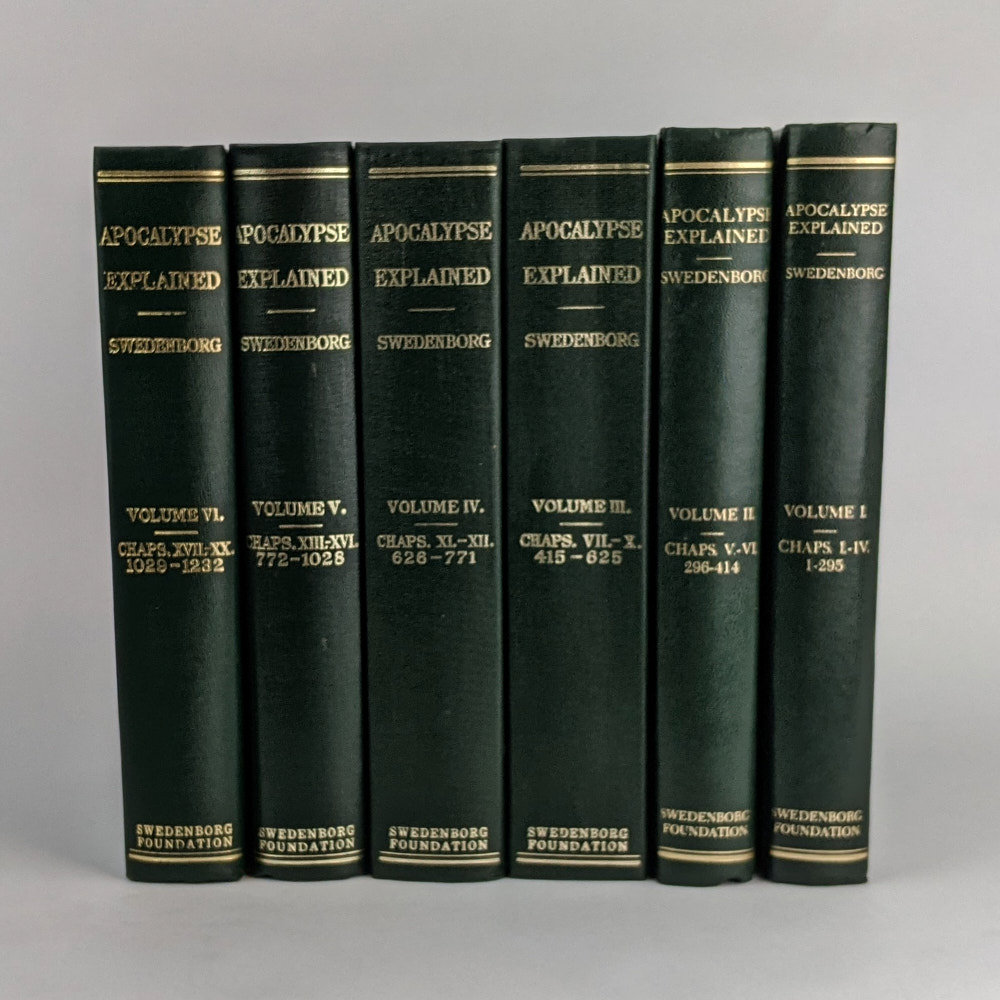 
: , .
Fifteenth Printing.
21cm x 13.5cm.[iv], 580, iii, [ii], 586, iii, [ii], 666, iv, [ii], 624, iii, vi, 526, vi, 567, 6 volumes. Green cloth, gilt lettering.
The Apocalypse Explained According to the Spiritual Sense in Which the Arcana There Predicted But Heretofore Concealed are Revealed. Emanuel Swedenborg (1688 – 1772) was a Swedish mystic, theologian, philosopher, and scientist. After a successful career as a scientist and inventor, at the age of 53 he had a revelation that Jesus had chosen him to write ‘The Heavenly Doctrine’ to reform Christianity. He published 18 theological works before his death which he predicted. His writings have been very influential around the world, with The New Church or Swedenborgism being founded in 1787. It is still present around Australia.
Foxing to top edge, minor to other to edges. Labels of bookseller, The Swedenborg Centre, North Ryde. Very Good Condition.