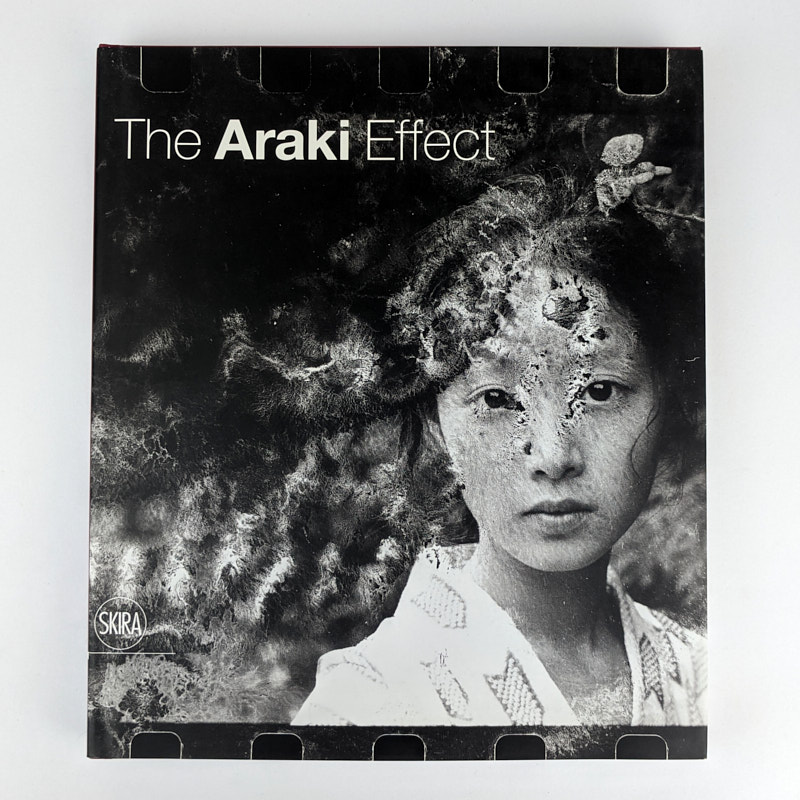 
: , .
First Edition.
29cm x 24.5cm. 200 pages, illustrations, some colour. Red matte papered boards, white lettering, pictorial jacket.
“Over 300 images by the most famous contemporary Japanese photographer from the 1960s to today. Nobuyoshi Araki (Tokyo, 1940) is known the world over for his controversial erotic portraits of Japanese women, often bound using the kinbaku (Japanese bondage) technique. A unique figure in contemporary photography, he has always found creative inspiration in his daily existence, without making any distinction between his personal life and public and professional practice. The Araki Effect offers a broad overview of his career: from the first series from 1963-1965, Satchin and His Brother Mabo, to Subway of Love, a large collection of images taken in the Tokyo subway between 1963 and 1972, the year he also made Autumn in Tokyo, which recounts the autumn he spent wandering through the city in the twilight hours. These are followed by Sentimental Night in Kyoto, less well-known than the famous Sentimental Journey, both tributes to his wife, Yoko; Balcony of Love, Death Reality, Tokyo Diary from 2017, and one of his latest collections, Araki’s Paradise from 2019. The power of Araki’s images lies precisely in the force they emanate, the essence of the feeling – be it pain or joy – that the Japanese master puts into every picture. Araki transforms the set into a stage on which only he and the subject exist.” (publisher’s blurb)
. New Book.