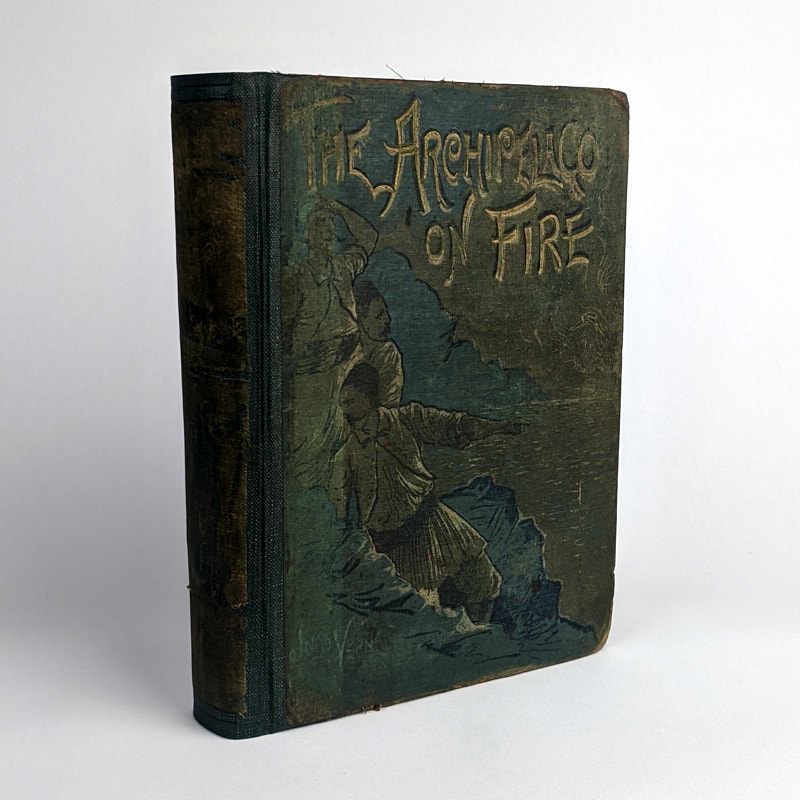 The Archipelago on Fire


: , .
First Edition.
19cm x 15cm. viii, 198 pages, 34 plates (48 called for), [2], 32 advertisements. Illustrated cloth, rebacked, all edges gilt.
First UK edition of Verne’s adventure novel taking place during the Greek War of Independence with the publisher’s advertisements at the rear dated October, 1885.
Rebacked with the original spineback relaid. No frontispiece and other plates missing, only 34 of the 48 called for present. Soiled throughout, a previous owner has placed transfers throughout, often on the verso of the plates, many have scratched off, but some have remained and are now offset, at times obscuring the text. Poor Condition.