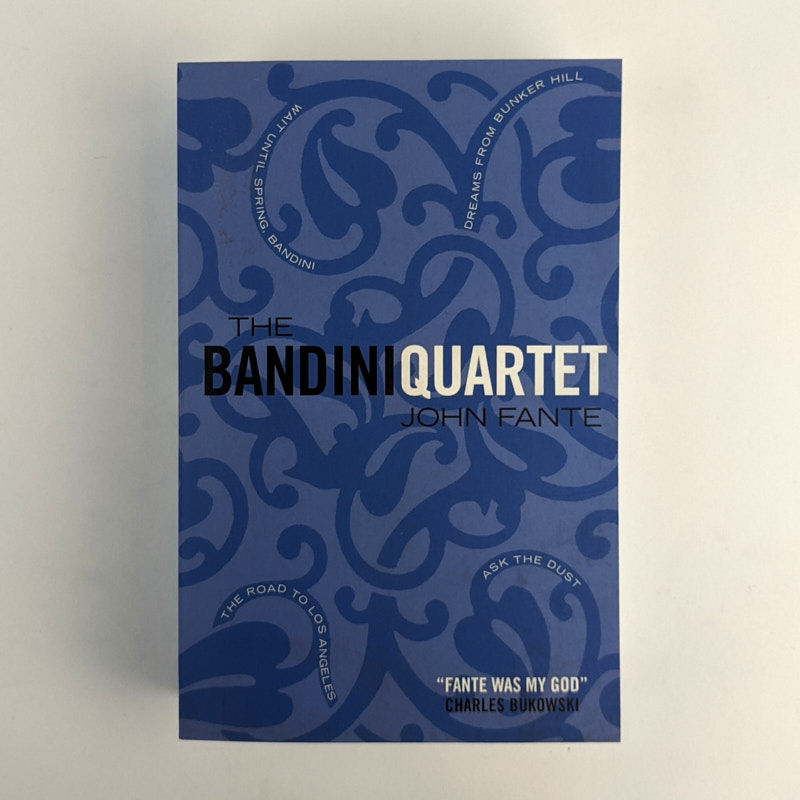 
: , .
Reprint.
20cm x 13cm. xv, 749 pages. Illustrated wrappers.
With introduction by Charles Bukowski and Dan Fante. One of the great outsider figures of twentieth century literature, John Fante possessed a style of deceptive simplicity, full of emotional immediacy and tremendous psychological point. Among the novels, short stories and screenplays that comprised his career, Fante’s crowning achievements were, for many, his four stories about a certain uncomplicated character from the hills of Abruzzi. Collected together in one volume for the first time, The Bandini Quartet tells of Arturo Bandini, Fante’s fictional alter ego, an impoverished young Italian-American who, armed with only a Jesuit high school education and the insane desire to write novels, escapes his suffocating home in Colorado to seek glory in a Depression-era Los Angeles. This edition also includes the first-ever UK publication of Dreams from Bunker Hill, the brilliant and final novel which a blind and wheelchair-bound Fante, nearing his death bed, dictated to his wife Joyce. “Fante was my god” – Charles Bukowski.
. New Book.