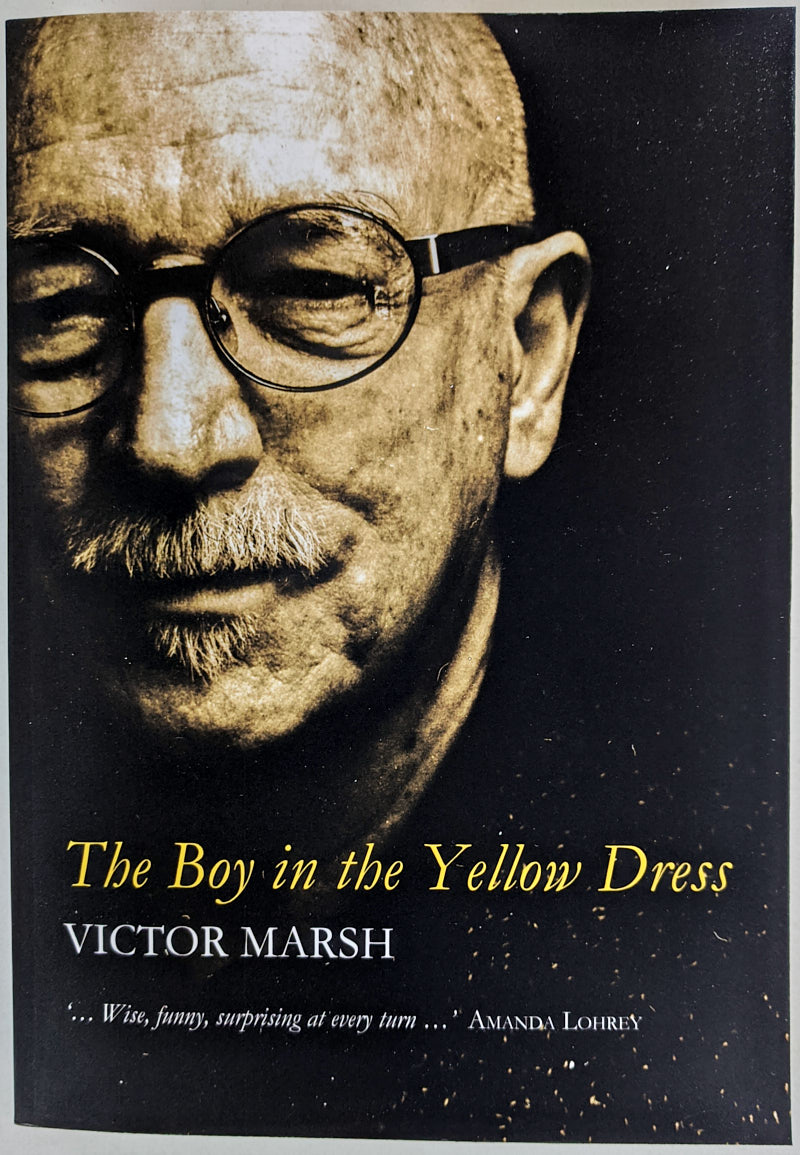 The Boy in the Yellow Dress


: , .
First Edition.
21cm x 15cm. [iv], 337 pages. Pictorial wrappers.
“Perth in the 1950s. After being caught wearing his mother’s yellow dress, young Victor had to hide any tendency towards gender inappropriate behaviour. But his interest in dancing and theatre (and mooning over Rudolph Nureyev on the telly) were bound to make the facade collapse at some point. Emerging sexuality and the sense of not being ‘at home’ in his body, let alone the world, ran alongside a search for meaning that brought him eventually to a spiritual awakening under the young guru Maharaji… Part family tragedy, part existential comedy, The Boy in the Yellow Dress is a warts-and-all account of exile and the subsequent journey homewards that is less about finding a respectable place in the world than an intimate connection with the ultimate source of being.” (from blurb)
. New Book.