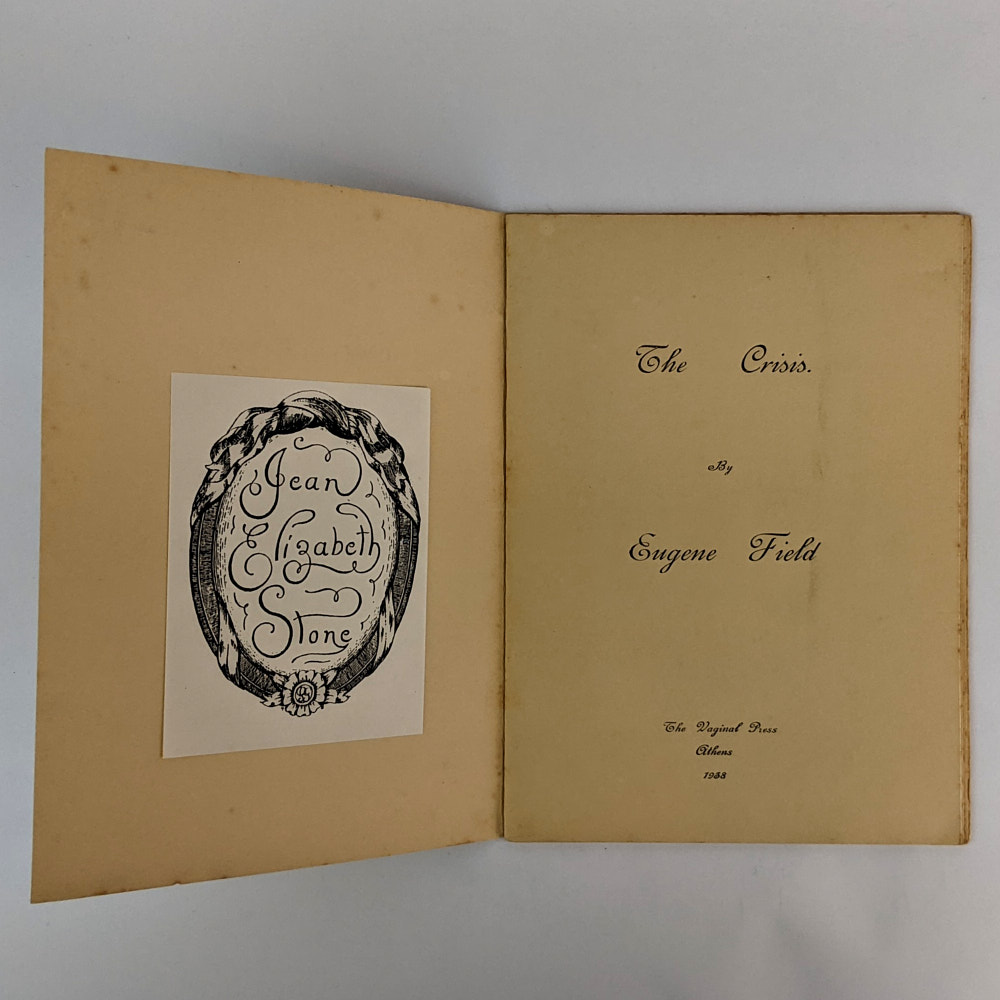 The Crisis by Eugene Field


: , .
First Edition.
19cm x 14cm. [iv], 17, [3] pages. Unbound self-wrappers (as issued).
The vulgarity of the sexual slang in this scurrilous, pseudonymously published piece of verse would have been regarded in 1938 Australia as being at the very extremes of obscenity. Written and “hand-printed for subscribers only” by bibliophile Colin Berckelman in an (unsurprisingly) small edition of 25 copies, the publication can now be considered a genuine rarity: 10 of the 25 copies have found their way into public collections. Berckelman’s use of the non-de-plume Eugene Field is almost certainly an allusion to the late nineteenth century American writer of the same name who, aside from producing poetry for young readers, wrote The love affairs of a bibliomaniac (1896). Berckelman, for reasons that were either genuine or perverse, evidently felt some affinity with Field. “On top, the pumping method; or lying on the side, Or spread upon her billowing bum, a-la the blushing bride, Or stand up, or sitting down, or resting on all four, Whereby the visitor could take his choice of either door, Or dressed, or naked,… every way her genius could invent To catch the silvery substance that tickleth as ’tis spent.” This copy with the bookplate of Jean Elizabeth Stone (wife of bibliophile Walter Stone).
Exterior foxed and with a couple of rust marks, and a minor indent to the front panel. Very Good Condition.