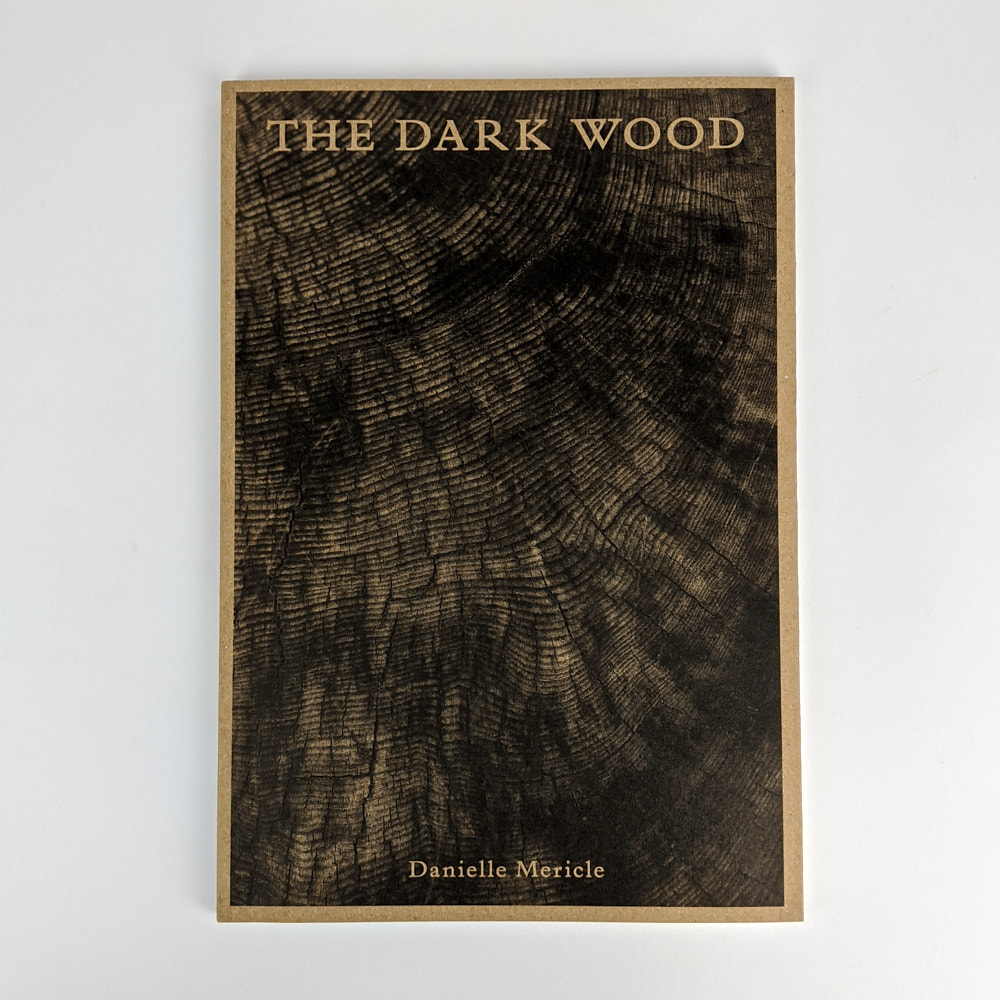 
: , .
First Edition.
30cm x 20.5cm. [88] pages, colour illustrations, 1 folding. Pictorial french fold wrappers.
“Danielle Mericle’s The Dark Wood explores broad questions of history and our collective ability to document and learn from the past. Through intertwined images of abandoned Greco-Roman casts, an ancient Sequoia forest and the artists own texts, Mericle invites us to consider history as a fluid process rather than a static truth. The once highly valued casts — which appear in the book as original and archival photographs — were rejected as worthless copies during the early part of the 20th century, under the belief that they lacked the artistry and aura of the originals, despite the fact that many of the originals were in fact Roman copies of Greek artefacts. During the two World Wars, many of these originals were damaged or destroyed, and the casts are now considered some of the most authoritative versions available. A Sequoia forest in Northern California offers two important counterpoints. Ancient Sequoia tree rings chart the rise and fall of civilisations over the last 3000 years, including those that created the Greco-Roman artefacts. The tree rings position human history within a broader geological timeframe, lending an adjusted perspective to the human enterprise. The rings also reveal the complex history and shifting perspectives on the significance of fire in the region, with the dissonant histories of expansive logging practices, the conservation movement, Indigenous knowledge, and climate change playing out against the troubled fate of the ancient Sequoias. Though we attempt to understand and preserve our past, the endeavour is subject to inevitable shifts in knowledge, the whims of ideology, and the vagaries of historical truth. With an epilogue that grounds the complex sequence of images in personal elegy, The Dark Wood re-calibrates our sense of scale by allowing us to locate a sense of mourning, loss and the specifics of our own narratives within the broad and unfixed framework of history.” (publisher’s blurb)
. New Book.