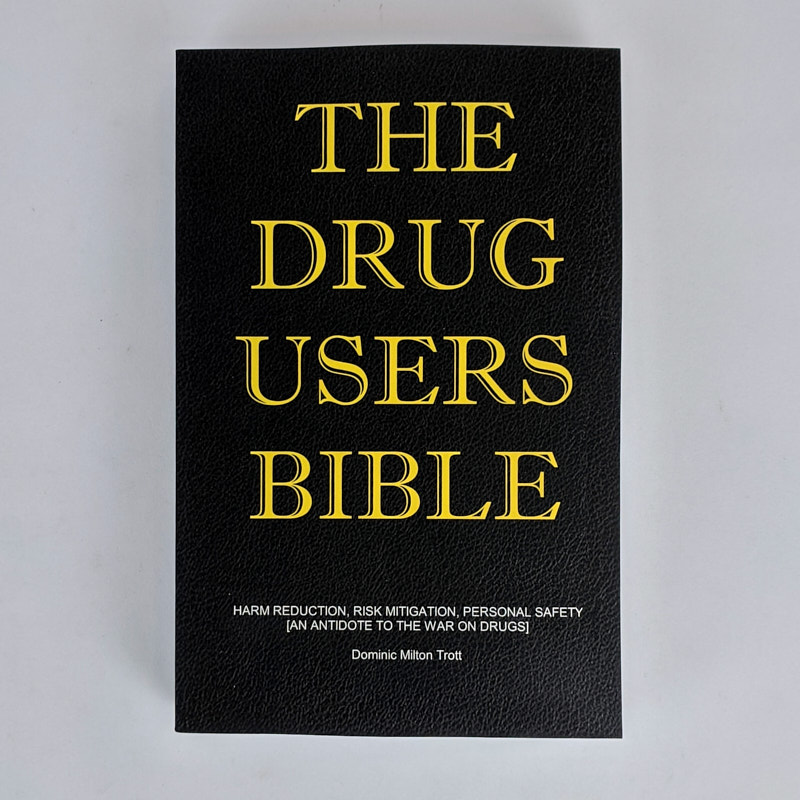 
: , .
First Edition.
21.5cm x 14cm. [xi], 505 pages, black and white illustrations. Lettered wrappers.
“People are dying because of ignorance. They are dying because unremitting propaganda is denying them vital safety information. They are dying because legislators and the media are censoring the science, and are ruthlessly pushing an ideological agenda instead. They are dying because the first casualty of war is truth, and the war on drugs is no different. This book makes a major contribution in confronting this tragic and harrowing narrative. Over a 10 year period the author self-administered over 150 psychoactive substances; both chemicals and plants. For each of them he recorded the essential and life-sensitive safety data, including the anticipated onset times, the common threshold doses, the routes of administration, and the expected periods of efficacy. In addition, for every compound he also produced a trip report, detailing the qualitative experience itself, often in the form of a log of effects at various time checks. This delivered another invaluable insight, enabling, for example, an objective assessment of the extent of any loss of judgement and self-control. This is a substantial body of work, embracing a wealth of direct support material, including addiction/overdose advice, legal briefings, and relative harm tables. Its contents also extend to cover aspects like drug tourism, drugs in culture, psychedelic exploration and the handling of mandatory drug tests. It is crammed with detailed reference data, and even includes its own drug dictionary. The Drug Users Bible is a unique and unprecedented volume of encyclopaedic research, embracing the full extent of the drugscape. Its objective is to provide, without fear or compromise, core and critical information to support the health and welfare of the 250 million people in the world who use drugs. The book itself is lavishly illustrated with hundreds of photographs, taken by the author himself. It is a significant extension of the highly acclaimed first version, which was titled The Honest Drug Book.” (publisher’s blurb)
. New Book.