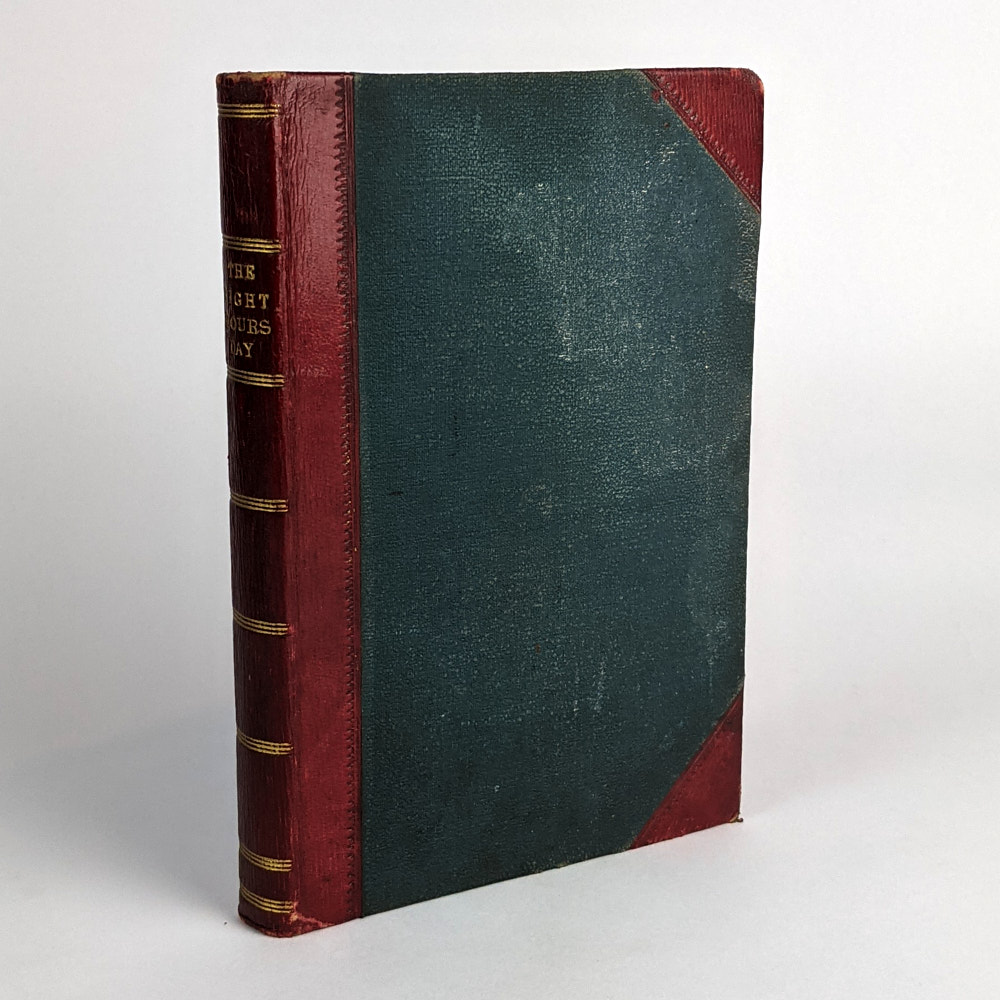 
: , .
First Edition.
19cm x 12.5cm. viii, 280 pages, 14 advertisements. Half red leather, gilt lettering and rules, blind rules on boards, green cloth.
An early history of the Eight Hours Movement (including Australia) and summary of available research with index and bibliography, which argues that a compulsory eight hour day should be introduced across industry. Sidney James Webb, 1st Baron Passfield, (1859-1947) who co-founded the London School of Economics was a British socialist, economist, and reformer. He was an early member of the Fabian Society and the Labour Party for which he wrote ‘Clause IV’, which committed the Party to public ownership of industry. Harold Cox (1859-1936) was a Liberal MP from 1906 to 1910. He lectured on Political Economy for Cambridge University Extension Society. He later ran against the Liberals as he was against the idea of people getting something for nothing, although he thought the government should ensure a minimum standard of life.
Minor rubbing to leather. Minor rubbing to cloth on lower board. Foxing to endpapers and title page. A couple of minor annotations. Printed lyrics to Gilbert and Sullivan’s I’ve Got a Little List mounted to front pastedown. Very Good Condition.