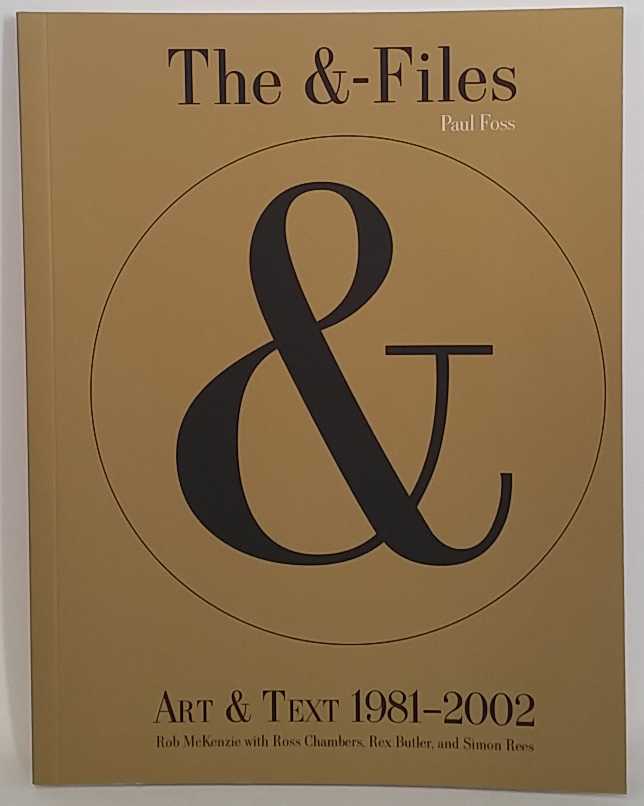 
: , .
First Edition.
22cm x 17cm. 120 pages, colour illustrations. Illustrated wrappers.
“Modelled after the famed TV sci-fi series, The &-Files gathers a covert body of documents following the long and often controversial career of Art & Text, one of landmark contemporary art magazines of the 1980s and 1990s. Founded in Melbourne, Australia, in 1981 by Paul Taylor (1957-92), who quickly moved to New York City to make his mark as an art critic, the magazine went on to become one of a handful of international art magazines that succeeded in capturing the turmoil and passing brilliance of those postmodern years. Narrated through the eyes of ears of its long time publisher and editor Paul Foss, The &-Files offers a unique insider account of the extraordinary advantages and pitfalls of publishing an art magazine.”
. New Book.